Justin Rose on Greg Norman's Tour: "I am not ready to just play golf for money"

Justin Rose reveals the reasons why he does not want to compete in the LIV Golf Invitational Series backed by Saudi millions. 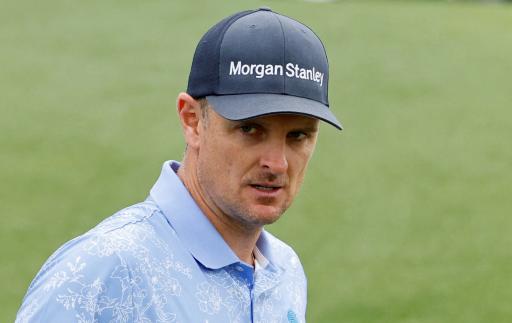 Justin Rose says he has no interest in playing in the LIV Golf Invitational Series as he simply does not want to play golf just for the money.

Rose, 41, admits he wants to focus his efforts on winning a second major championship and adding to his haul of 10 PGA Tour titles.

The Englishman won the 2013 US Open at Merion as well as an Olympic Gold Medal at the Rio Olympics in 2020.

He also won the lucrative PGA Tour FedEx Cup in 2018.

"I am not [going to play in the LIV Golf Invitational series], not this season, not in the foreseeable future," said Rose, who currently ranks eighth in the all-time PGA Tour career earnings with a whopping $56 million.

"I am curious, as everyone is, to see how this plays out and I don't think any less [of the players hoping to play]. I have no judgment on that. I have played golf in Saudi Arabia.

"You have to make decisions that are right for you. You are a professional golfer, it's your job. If there is an opportunity and it is valid, then it is an avenue that should be open and available to you."

Lee Westwood was one particular player who confirmed he has requested a release from the DP World Tour and PGA Tour to compete in Greg Norman's first Saudi-backed event at Centurion Club this June.

Rose believes those signing up for such a breakaway Tour now run the risk of ruining their chances to compete at the highest level.

One potential ban on those players competing in the LIV Golf Invitational Series will be damaging their chances of ever playing or captaining a Ryder Cup side.

"This is the risk those guys are running at the moment by accepting the opportunity to play," said Rose.

"We don't know how the tours are going to react or the legal ramifications.

"My goals are still the major championships. I am still trying to create my own history within the game of golf. I am not ready to just play golf for money, for example.