Lee Westwood revealed that he has requested a release from the DP World Tour and the PGA Tour to play at Centurion Golf Club in June. 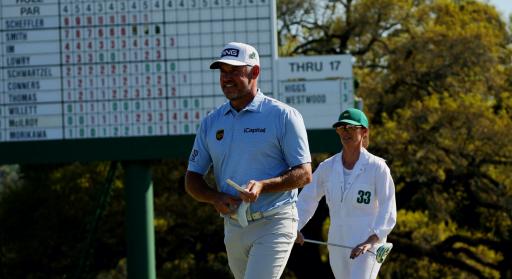 Westwood had been rumoured to be one of the players interested in playing the eight-event series which is being bankrolled by the Public Investment Fund, the sovereign wealth fund of Saudi Arabia.

Speaking to the media at the Betfred British Masters, the 49-year-old has requested releases from the DP World Tour and the PGA Tour to play in the first LIV Golf event at Centurion Golf Club on June 9.

"I've asked for a release from the PGA Tour and the European Tour for Centurion like many others have, and the week after that is hopefully the US Open if I stay top 60 in the world," said Westwood.

"I've asked for a release for tournaments for as long as I've been on tour. It's not the first one, I've asked for many, not heard anything back yet but the ball's in the European Tour's court and the PGA for that matter.

"It's a case of whatever authority thinking what they do is right," he added addressing the threat of tour bans.

Other players such as Ian Poulter, Sergio Garcia and Louis Oosthuizen are rumoured to be interested, but stars from the PGA Tour such as Rory McIlroy, Collin Morikawa and Jon Rahm have rejected the new series.

The emergence of the LIV Golf Invitational Series has raised ethical concerns and accusations of the Saudi Arabian government using golf to 'sportswash' money and hide their questionable human rights record.

The tension between Greg Norman, the commissioner of the series and the CEO of LIV Golf Investments, and the PGA Tour has led to the exile of Phil Mickelson due to his collusion behind the scenes.

Westwood is a 25-time winner on the DP World Tour and he also spoke of his loyalty to the circuit over the years.

"I've supported the European Tour for 29 years, I've gone over and won on the PGA Tour in 1998, not taking a card. I've had brief goes on the PGA Tour and given up my card at certain times over there for personal things.

"I've never been driven by playing on the PGA Tour like a lot of the guys - my goal has always been to be a European Tour member and support this tour and go in and out of the PGA Tour.

"It's being portrayed as an 'us and them' whereas people from LIV Golf have said they want to stand side by side. They're not going up against any of the really massive tournaments, they want everybody to have opinions and they're not forcing anyone's hand.

"People always have a problem with change, don't they? They're sceptical about it, and people like continuity and they like the same to carry on. But change in competition is good in any walk of life I think. It shakes things up, keeps everybody on their toes and keeps everybody trying to improve."