Robert MacIntyre confirmed that he won't be playing in the first event of the LIV Golf Series and described the prize money as "obscene." 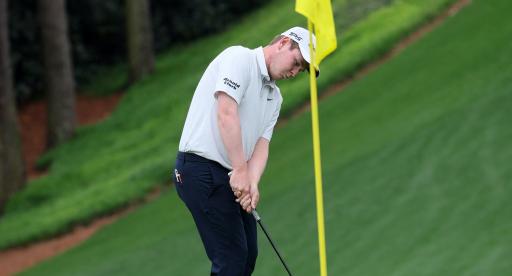 Robert MacIntyre confirmed that he isn't playing in the LIV Golf Invitational Series commissioned by Greg Norman which begins in June.

Speaking to the media at the Betfred British Masters, the popular Scotsman said "there's only so much money that a human needs," referring to the $20 million individual prize purse at Centurion Golf Club on June 9.

MacIntyre took his name out of the equation on the same day that European stalwarts Lee Westwood and Richard Bland confirmed they had requested releases from the DP World and PGA Tours.

MacIntyre, looking to avenge his disappointing final round at the British Masters last year at The Belfry this week, has one win on the DP World Tour but you feel the best is yet to come.

"But for me, again, I'm just starting out my career. I'm playing on both sides of the planet, America, DP World. So I'm in a great spot. I'm enjoying my golf. Just got to get on with it.

"So for me right now, I'm comfortable. I've got a house, a home, my family is healthy. I've got a car I can drive.

"I have clothes I can put on and I can still treat myself and my family. What do I need? Just now, I'm as happy as I can be in the life of Robert MacIntyre."

Things are certainly on the up for the 25-year-old. He has two top-25 finishes in five events on the PGA Tour, including another solid finish of tied 23rd at The Masters.

He broke his duck on the European circuit when he won the Aphrodite Hills Cyprus Showdown in 2020. Since then, he has reached as high as 42nd in the world rankings.

MacIntyre is one of many young players such as Collin Morikawa, Viktor Hovland and Scottie Scheffler to reject the LIV Golf Invitational Series. He is purely focused on winning more tournaments.

"I want to win every week I pitch up, whether it's America or in Europe. I don't play golf to make friends, obviously, everyone is playing and you've got money on the line but I want to win golf tournaments.

"That's the reason I play. It's the only way to drive yourself is to be competitive and try and win."