Kevin Na believes that his future participation in the Ryder Cup will not be jeopardised by his involvement in the LIV Golf Invitational Series. 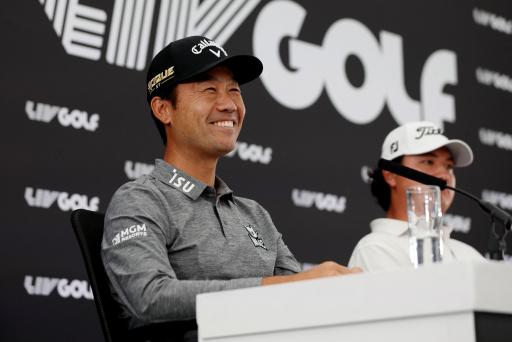 Despite joining the PGA Tour in 2004 and earning $37,912,338 in prize money, Na has surprisingly never earned a spot on the US Ryder Cup side. He won't be eligible now as you must be a member of the PGA Tour.

The 38-year-old resigned from the tour on June 4 with a public statement on social media. He wanted to avoid a legal battle and disciplinary action from the tour for joining the LIV Golf series despite releases being rejected.

Na is a five-time winner with his most recent win coming at the Sony Open in Hawaii last season. As well as the Ryder Cup, Na is also optimistic about being allowed to play in major championships.

"I don't think that's for sure yet (Ryder Cup bans). In my opinion, that's not going to happen - I'm just saying as of now, no one has made an announcement about not being eligible for the Ryder Cup," Na said in a press conference at Centurion Golf Club on Tuesday.

"Does the Ryder Cup not want the best players playing for their country? - Rules can always change."

"Majors are very important to me. That is one thing that is missing from my career and it has been a dream of mine to win a major championship since I can remember playing golf.

"I wanted to be able to play golf and focus on my game and golf is a very demanding game. You have to be sharp mentally and I didn't want any of that to distract me," Na continued.

"At the same time, I love and am thankful for the PGA Tour and what it's done for my career for the 19 years that I have played it. I don't want to be in a legal battle with where I've worked for 19 years.

"I wanted to be more positive going into LIV and I didn't want any negativity going towards the new chapter in my career. That was my decision."