LIV Golf: Tiger Woods was offered "nine digits" but he turned it down 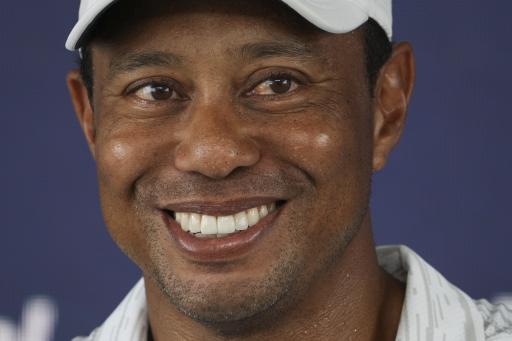 Woods, 46, was obviously one of the targets for the Saudi-backed LIV Golf Invitational Series. They have now signed up Phil Mickelson and Dustin Johnson.

But it is a sign of the big cat's loyalty or perhaps his vast wealth that he turned down the "gargantuan" offer.

The news that Woods was offered this money was confirmed by Greg Norman in an interview with the Washington Post.

In that same interview, he claimed that Jack Nicklaus was "a hypocrite" because the Golden Bear was allegedly in favour of the breakaway circuit.

Norman, 72, also said that Rory McIlroy - an outspoken critic of the rival league - was "brainwashed".

"We're talking about high nine digits," Norman said of the offer touted to the 15-time major champion. Woods was not present at the meeting, he said, but the offer was put to his reps.

The inaugral event of the LIV Golf Invitational Series begins this week.

Mickelson has not resigned from the PGA Tour. He says he intends to play the majors, starting next week at The Country Club at Brookline for the U.S. Open.

More: Here are the team names for the LIV Golf Invitational Series

What Woods said about the situation at the PGA Championship:

"You know, he [Mickelson] has his opinion on where he sees the game of golf going. You know, I have my viewpoint how I see the game of golf, and I've supported the Tour and my foundation has run events on the Tour for a number of years.

"I just think that what Jack and Arnold have done in starting the Tour and breaking away from the PGA of America and creating our tour in '68 or '69, somewhere in there, I just think there's a legacy to that.

"I've been playing out here for a couple of years over decades, and I think there's a legacy do it. I still think that the Tour has so much to offer, so much opportunity.

"There's plenty of money out here. The Tour is growing. But it's just like any other sport. It's like tennis. You have to go out there and earn it. You've got to go out there and play for it. We have opportunity to go ahead and do it. It's just not guaranteed up front."