This is all you need to know about the LIV Golf Invitational Series, which kicks off at Centurion Club. 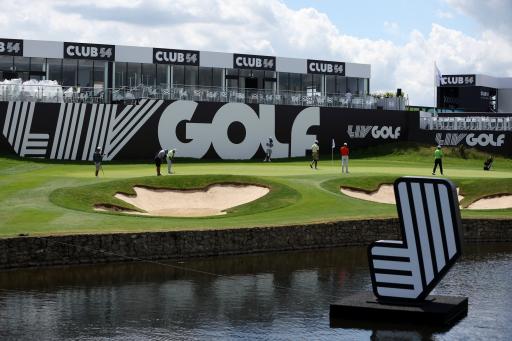 The 51-year-old has not played competitive golf since his remarks were made public about using the Saudis as leverage to force the PGA Tour into change.

Mickelson has apologised for his "reckless remarks" and resurfaced earlier this week after news emerged he had signed a $200million deal with LIV Golf.

He follows World No.15 Dustin Johnson in going all-in on the breakaway series, which is expected to turn into a "super league" in the coming years.

Johnson, 37, confirmed that he has resigned his PGA Tour membership. Sergio Garcia and Kevin Na have also severed their ties with the main tour.

Where are the other events?

After playing at Centurion Club in Hertfordshire, the series will then head all over the globe.

Here is the schedule:

What is the format?

The 48-man field will de divided into 12 teams of four players via a draft taking place on 7 June.

Each team has an elected captain, of which there are team names.

The first seven regular season events will consist of three 54-hole events, with no cuts and shotgun starts.

Shotgun starts mean that players will all tee off at the same time on different holes.

The final event, in Miami, will be a four-day team matchplay knockout.

The CEO of LIV Golf Investments, Greg Norman, says the Public Investment Fund will invest a further $2billion into the project.

What is the prize money?

Players have been given "signing on" fees and they have not been disclosed publicly.

It has been reported that Mickelson's fee to play in the series is $200million, whilst Dustin Johnson's was $125million.

The final event on the schedule will see teams compete for a share of $50million in prize money.

How does the prize purse pay out for the first event?

What do the teams win?

What are the team names?

More than 50 cameras are in operation capturing the footage.

Why is it controversial?

Because the league is funded by the Public Investment Fund of Saudi Arabia.

The chair of that fund is the Crown Prince, Mohammed bin Salman bin Salman.

US and UN intelligence say he had direct knowledge or approval of the Washington Post journalist Jamal Khashoggi.

Critics say the kingdom is trying to "sportswash" is reputation through sport.

The PGA Tour and DP World Tour are on a collision course with the LIV Golf Invitational Series.

What does LIV mean?

It is the Roman numeral for 54.

It has has two meanings: 54 is the lowest score you could shoot if you were to birdie every hole on a par-72 course.

It is also the number of holes to be played in each event.

Are there world ranking points awarded?

LIV Golf needs to apply to the OWGR for status.

The Sunshine Tour plays 54-hole events so there is precedent to award world ranking points.

World ranking points are still awarded when tournaments are reduced to 54 holes.