The United States are set to host nine of the 14 events on the LIV Golf League schedule for 2023. 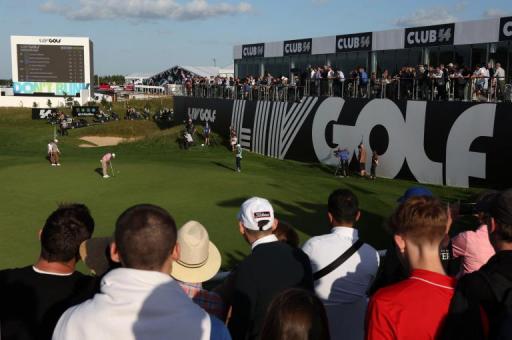 The new LIV Golf League will visit six countries across an extended 14-tournament schedule in 2023, according to multiple sources on social media.

For 2023, the Saudi-backed circuit, which has inflated its tournament prize purses to $405 million, is expected to visit six countries.

Hang on, I thought we were taking this thing all the way around the world?!

There will also be 12 established team captains and a 60-player lineup next year, with teams receiving one substitution every tournament.

LIV is currently looking to bring in at least seven new players from the PGA Tour ahead of its new season, but as of yet, no deals have been made and time is running out fast.

But on to the new schedule...

United States are set to take nine of the 14 tournaments in 2023. Bit greedy, no?

England will likely get one tournament, once again at Centurion Club, at least according to early reports of the schedule.

But as we say, nothing is confirmed yet.

GM's Alex Lodge visited LIV Golf London in 2022, and here's what he made of it:

There appears no place on the new rota for Thailand or Saudi Arabia this time around.

But in comes Mexico, Australia, Singapore and Spain, according to unofficial reports.

LIV Golf officially confirmed Mexico, Singapore and Spain last month, and we understand Australia has been confirmed too.

Today, LIV Golf has now confirmed three of its US tournaments for Tucson, Tulsa and Greenbrier.

So that's half of the venues fully confirmed for the new season.

Get ready for #LIVGolf 2023! Three stunning new locations announced in the US.

Multiple sources on social media have revealed the expected venues for all 14 tournaments on the LIV Golf League in 2023.

If the above venues are correct then it would mean five venues are returning for 2022 - Boston (The International), London (Centurion Club), Bedminster (Trump National), Chicago (Rich Harvest Farms) and the Team Championship Final (Trump Doral).

As we found out earlier this week, Mexico's Mayakoba Resort, which has hosted multiple PGA Tour events, is expected to be first up on the LIV Golf League schedule. They have now terminated their deal with the PGA Tour.

Australia will likely be represented by The Grange in Adelaide, no doubt to the delight of current LIV Golf CEO Greg Norman and LIV's hottest new signing to date in Open champion Cameron Smith.

Singapore are on the LIV map with Sentosa GC, along with Spain and its incredibly iconic Valderrama course, which has staged many DP World Tour events and even the 1997 Ryder Cup (the first in Continental Europe).

Valderrama will no longer host any more DP World Tour events, at least in 2023, as a result of switching their allegiance in global Tours.

LIV Golf Updates has identified the most likely look at the schedule of events for 2023, which you can view below:

Handicap 54, which has nailed every big LIV Golf update in recent months, tweeted: "I agree with the information (I don't say it for most of the dates, but for the venues) and with the opinion..."

This is going to be the last thing I say about @livgolfinv. We have discussed this with @flushingitgolf . 5 International events is poverty. https://t.co/V8yo69pTFc

I agree with the information (I don't say it for most of the dates, but for the venues) and with the opinion... https://t.co/HM5kCE25cR

Taking a closer look at the above calendar of LIV Golf tournaments, and the only golf course not fully confimed is for Florida.

It is anticipated that Florida will more than likely host its tournament the week before the season's first major, The Masters.

...and I think it's fair to say every golf fan around the world is looking forward to that!

Elsewhere, it is believed LIV Golf London, well Centurion Club is actually in Hertfordshire but whatever, is going to host its LIV event two weeks before the final major of the season at The Open in Hoylake.

What do you make of the unofficial LIV Golf schedule for 2023? Is your nation represented? Will you be attending the event? What have you made of LIV Golf so far? Share your thoughts over on the GolfMagic social media channels.