A motion filed to the US District Court by the PGA Tour on Friday sought to depose Yasir Al-Rumayyan to make him comply with discovery. 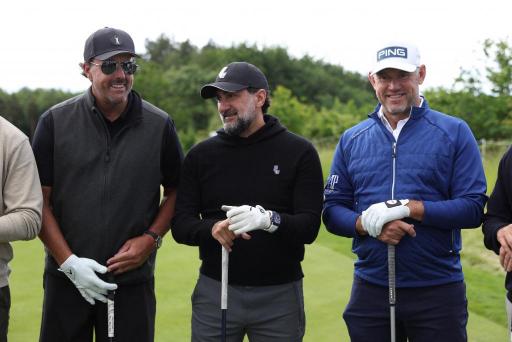 A motion filed to the US District Court by the PGA Tour has revealed that LIV Golf's original concept was named "Project Wedge."

As reported by Golf Channel, "Project Wedge" was the internal designation of the Public Investment Fund of Saudi Arabia. The motion wanted to depose Yasir Al-Rumayyan, the governor of the PIF, to make him comply with discovery.

Al-Rumayyan and the PIF aren't named in the lawsuit that was filed against the PGA Tour, but the fund is the majority shareholder of the breakaway league which is predominantly coordinated by CEO Greg Norman.

The attorneys of Al-Rumayyan, who is also the chairman of Newcastle United, argue that the PIF is "is an organ and integral part of the Kingdom of Saudi Arabia" and "is entitled to sovereign immunity unless the Tour can establish an exception."

The attorney's efforts to eliminate the Tour's request also said that Al-Rumayyan and the PIF provide only "high-level oversight, not the pervasive control over day-to-day operations (of LIV Golf)" and says the "PIF’s governing law prohibits disclosure of internal information."

The Tour, who countersued LIV Golf at the end of September and rejected claims of antitrust violations, claims Al-Rumayyan is central to LIV's operations, approves LIV's budget and helps to make key strategic decisions.

"PIF and Mr. Al-Rumayyan are central figures. They are the wizard behind the curtain: they call the shots, they approve the expenditures, and they supply the money," the motion said.

The Tour's attorneys also noted that LIV Golf's own guidelines name Al-Rumayyan as the league's "Chairman of the Board and the CEO and Commissioner."

The antitrust lawsuit against the Tour began with 11 plaintiffs but now only three remain. Bryson DeChambeau, Matt Jones and Peter Uihlein still remain while LIV Golf has now attached itself too.

It was first brought forward in August and said the Tour has "employed its dominance to craft an arsenal of anticompetitive restraints to protect its long-standing monopoly."

The Tour suspended each player that made the switch to the Saudi-financed series and commissioner Jay Monahan has since re-affirmed that there is no pathway back to the American circuit for them.