Lee Westwood on Ryder Cup future: "Why should it be threatened?"

Lee Westwood doesn't believe his Ryder Cup future should be jeopardised by his involvement with LIV Golf and he criticised the transparency of the PGA Tour and the DP World Tour. 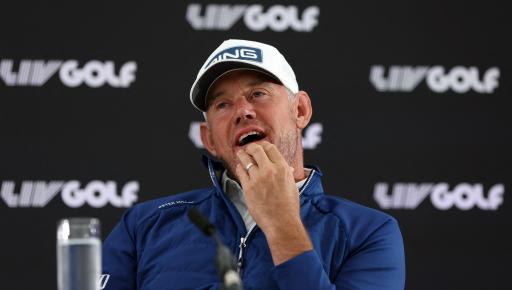 Lee Westwood questioned why his future Ryder Cup involvement should be threatened due to his commitment to the LIV Golf Invitational Series.

The Englishman addressed the media alongside fellow 'Miracle of Medinah' heroes Martin Kaymer and Sergio Garcia where he emphasised his loyalty to the old European Tour having turned professional in 1993.

Westwood has won 25 times on the DP World Tour and he has represented Europe 11 times in the Ryder Cup. He has tasted victory on seven occasions.

There have been murmurs that the LIV Golf rebels will be made ineligible for the Ryder Cup, however, there have been no specific sanctions implemented by the PGA Tour or the DP World Tour in this regard.

"Why should it be threatened? I've been playing Ryder Cup golf since 1997, and the criteria have been to be a member of the European Tour," Westwood said in Portland on Wednesday.

Related: How US Ryder Cup team could look without LIV Golf rebels...

"Now, the criteria for being a member of the European Tour is to play four events. Why should they change that now?

"I've been a member of the PGA Tour and still played four events on the European Tour, and why would the European Tour change their rules so dramatically because another tour doesn't like it or feels financially threatened?

"There's just a bit too much protection going on for my liking and not enough transparency. I think as long as you fulfil the criteria to be a European Tour member, then you should still have the opportunity to try and qualify for the Ryder Cup team."

On Tuesday, the PGA Tour and the DP World Tour extended their strategic alliance until 2035 to drive prize funds and commercial revenue.

From 2023, the top 10 players in the DP World Tour rankings will earn cards for the PGA Tour and new international events will be implemented to which DP World Tour players will be able to access.

CEO Keith Pelley announced £100,000 fines for the players who have defected to the LIV Golf Series and they have been banned from playing in the Genesis Scottish Open, the Barbasol Championship and the Barracuda Championship.

Westwood, Garcia and Kaymer expressed their disappointment at these actions. Westwood had hoped for more transparency as he prepares to play in his second LIV Golf event at Pumpkin Ridge.

"I think both tours could have communicated with the players better. I personally am disappointed with the European Tour's approach to it," Westwood added.

"I've been a European Tour member for 29 years, and a lot of those years I've also been a member of the PGA Tour, as well, and the European Tour, as long as I've played before, have never had any problems with me playing anywhere else, and now it seems to be a problem.

"Yeah, communication, and as far as fines and sanctions and things like that, I'm disappointed."

Next Page: LIV Golf Portland: How to watch and what are the teams?