LIV Golf Portland: How to watch and what are the teams?

The teams have been chosen for the second event of the LIV Golf Invitational in Portland and they will tee off in the shotgun start on Thursday. 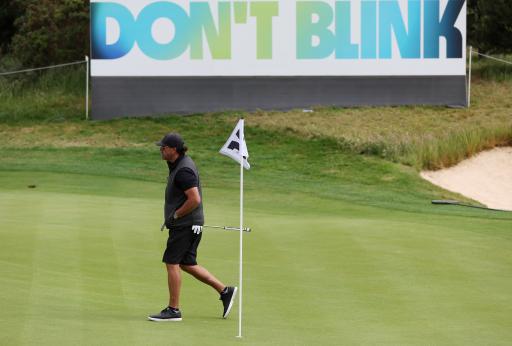 The second draft of the LIV Golf Invitational Series took place on Tuesday evening and the teams are set to play at Pumpkin Ridge on Thursday.

There have been nine changes made to the field that teed it up in the inaugural event at Centurion Golf Club, including Brooks Koepka, Bryson DeChambeau, Patrick Reed and Abraham Ancer.

The shotgun start will begin at 1.15 pm local time in Portland. This is 4.15 pm eastern time and 9 pm UK time. Pumpkin Ridge is a composite course made of 12 holes from Ghost Creek and six holes from Witch Hollow.

The winner of the first LIV Golf event in America will receive $4 million and a possible added extra of $750,000 if their team is victorious too.

Related: How the US Ryder Cup team could look without Saudi golf rebels...

How to watch LIV Golf Portland?

The tournament is not on television, but it will be streamed for free on LIV Golf’s YouTube and Facebook pages and LIVGolf.com.

What are the teams at LIV Golf Portland?

Here are the full teams with team names and the captain of each team too.

Next Page: LIV Golf rebels will not be eligible for Ryder Cup qualification - Zach Johnson