LIV Golf field set for Portland: Who is in and who is out?

There have been nine changes made to the field for the second event of the LIV Golf Invitational Series at Pumpkin Ridge this week. 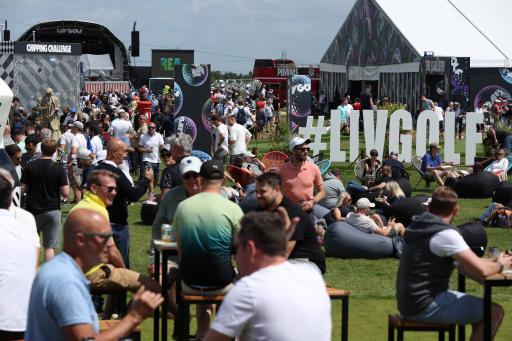 The field for the second event of the LIV Golf Invitational Series is set after the final public confirmations were made on Monday evening.

PGA Tour winners Carlos Ortiz and Matthew Wolff have been included for the event in Portland after strong rumours and Eugenio Chacarra will play this week too, the World No.2 ranked amateur.

Altogether, nine new players have been recruited for the tournament which starts on June 30, which means nine players who played at Centurion Golf Club will miss out.

It is unclear what guarantees each of these players has. It has been reported that bigger names such as Dustin Johnson and Phil Mickelson have signed long-term contracts, but for the lesser-known players, their futures could be unclear.

The field in Portland is markedly stronger than the first field of players who played near London earlier this month. The acquisition of DeChambeau, Reed and Koepka will certainly bring more eyes to the event.

Koepka has been made the team captain of Smash GC, while DeChambeau will lead Crushers. They will be responsible for making the picks at the second LIV Golf draft.

The players have begun filtering into Pumpkin Ridge to practice for the week. The course is a composite course using the holes of two nearby courses. 12 holes from Ghost Creek and six holes from Witch Hollow will be used.

Next Page: Opinion: Hypocrisy and PR get-outs: My problem with LIV Golf...