LIV Golf: Which players have made the most money after Bedminster invitational?

The LIV Golf Invitational Series has dished out $75 million across three events so far, but who have been the main benefactors of this monumental sum? 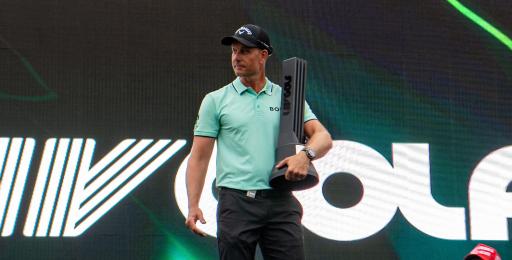 Henrik Stenson broke into the top 10 earners on the LIV Golf Invitational Series in Bedminster by winning the controversial tour's third event by two shots.

After three events in Hertfordshire in the UK and Portland and Bedminster in America, $75 million in prize money has been won.

With the combination of the individual and team formats each week, one event can be very profitable for some players. Charl Schwartzel certainly discovered this in week one.

Each week, $20 million is put aside for the 48-player prize pool. The winner earns $4 million and the player in dead last will pocket a comforting sum of $120,000.

South Africa has dominated the Saudi-backed series so far. Branden Grace carded a 65 in the final round of event two at Pumpkin Ridge to win the tournament by two shots. He picked up $4,375,000 for his troubles which is roughly a third of his career earnings on the PGA Tour.

It's no surprise that Schwartzel and Grace remain at the top of the 'most money earned' list of the LIV Golf Invitational Series, but which 10 players have banked the most in prize funds after three events?

Related: You won't believe how cheap tickets were going for LIV Golf at Bedminster...