LIV Golf player Branden Grace on PGA Tour actions: "I don't care what they do!"

Branden Grace believes many players will fight their bans from the PGA Tour and doesn't think the LIV Golf Series should affect his standing in Presidents Cup selection. 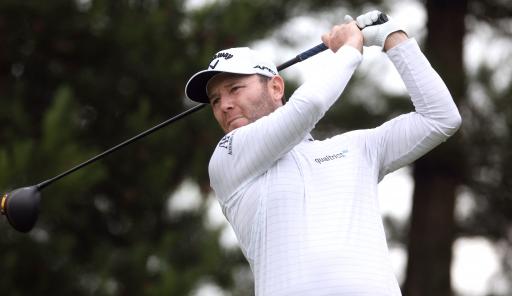 LIV Golf rebel Branden Grace doesn't care what the PGA Tour do with regards to suspending players for playing in the LIV Golf Invitational Series.

The World No.123 joined Dustin Johnson, Sergio Garcia and Graeme McDowell in the group of 10 players to resign their tour membership.

Grace revealed he knew the bans and the removal of the FedEx Cup rankings were coming, but he expressed no regret in joining the breakaway tour commissioned by Greg Norman.

"To be quite honest I don't really care what they do. We kind of knew from the start they said they were going to ban the guys, and they kind of stuck to their guns a little bit. I resigned my membership," Grace said on Friday evening.

"So for me, this is the decision that I made and you know, I've had a hell of a week out here. It's been fun. I think all of you guys would agree with us, the golf has been good.

"The golf course is great. The fans have come out and supported and it's a great, new, fun format and exciting times."

During the second round at Centurion Golf Club, LIV Golf announced that Bryson DeChambeau has joined their roster and he will play in the next event in Portland on June 30.

DeChambeau is set to be a significant domino in the process of PGA Tour players succumbing to the riches of the LIV Golf Invitational Series.

Patrick Reed, Rickie Fowler, Bubba Watson, Justin Rose, Pat Perez and Matthew Wolff are rumoured to be moving over as well. If they do, they will also be banned by PGA Tour commissioner Jay Monahan.

"Obviously you have your guys that can really bring some crowds out. And obviously Sergio and Louis and those type of guys, and obviously we were really fortunate that Dustin came out; that really gave the whole thing a big boost," Grace continued.

"And obviously with Bryson we always knew that he wanted to come out. I just think it was a matter of time. He's one of the top 10 guys that pulls the most crowds and obviously we know what it brings to a golf tournament and it's going to be fun having him around."