Pat Perez has all but confirmed his place in the next event of the LIV Golf Series after his wife revealed the news on social media. 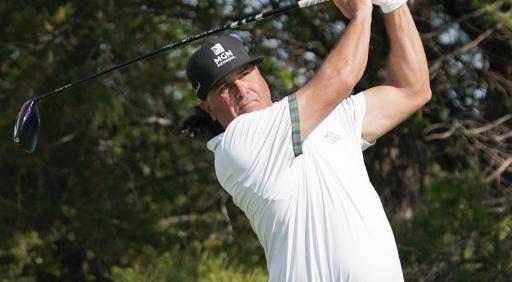 PGA Tour player Pat Perez has been confirmed in the next event of the LIV Golf Invitational Series in a post his wife submitted on Instagram.

His wife Ashley posted a video to the popular picture-posting platform with a video of her husband teeing off at TPC Sawgrass at The Players Championship.

With Perez set to join the breakaway series commissioned by Greg Norman, the 46-year-old will kiss goodbye to miss PGA Tour membership and will be suspended by tour commissioner Jay Monahan.

Perez, who has won three times since joining the PGA Tour in 2002, will reportedly make $10 million for his participation in the LIV Golf Series.

Perez is one of a number of players who are rumoured to leave the PGA Tour in the coming days. Rickie Fowler, Justin Rose, Bubba Watson, Matthew Wolff and Patrick Reed are all rumoured to be playing in Portland on June 30.

LIV Golf confirmed that Bryson DeChambeau will play at Pumpkin Ridge in the second LIV Golf Series event and will earn close to $100,000,000 for his services.

As for Perez, he is at a similar stage of his career to the likes of Lee Westwood, Ian Poulter and Richard Bland who are past their peak age of performance.

As for the first event at Centurion Golf Club in Hertfordshire, Charl Schwartzel leads the way by three shots and stands to earn $4 million.

Next Page: LIV Golf player Branden Grace on PGA Tour bans: "I don't care what they do!"