Parts of the player contracts on the LIV Golf Tour will be revealed because of their relevance to the antitrust lawsuit filed against the PGA Tour. 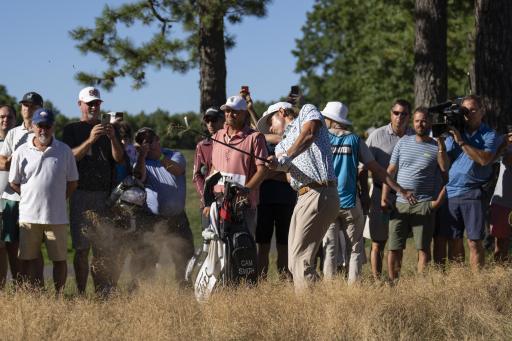 Judge Beth L. Freeman has ruled that portions of LIV Golf player contracts will be revealed in the antitrust case filed against the PGA Tour.

According to Golf Channel, the judge ruled that parts including provisions relating to social media use, player apparel, playing commitments and monetary penalties are allowed to be unsealed.

On Thursday, Freeman deemed these features of the contracts relevant to the antitrust lawsuit which was brought forward by 11 players who were suspended by the PGA Tour. This has now been reduced to seven players.

Confidential business and financial information will still be sealed. LIV Golf's legal team argued that future sessions could be harmed if the details of the contracts were made public.

The court also said that LIV cannot redact parts of its rules and regulations. LIV responded by claiming that the regulations were still being developed and this could "sow confusion in the market."

A start date for the full trial is not predicted until January 2024. Phil Mickelson, Talor Gooch, Hudson Swafford, Matt Jones, Bryson DeChambeau, Ian Poulter and Peter Uihlein are the names who remain in the lawsuit.

LIV Golf has now attached itself to the lawsuit, claiming it has been unable to fully launch "in the face of super-competitive costs and artificially reduced access to (players)."

Ahead of the FedEx Cup Playoffs which concluded at the end of August, Gooch, Swafford and Jones were denied a temporary restraining order to play in the Playoffs.

During this hearing, it was revealed that prize money was recouped against the fees that LIV Golf players have already been paid, which conflicted with what LIV had already publicly discussed during their events.

After this hearing, LIV Golf president and chief operational officer Atul Khosla said this was a misunderstanding and the prize money is separate from the lucrative, multi-year contracts the players have signed.