LIV Golf boss claims there is a misunderstanding over players' contracts

The chief operational officer of LIV Golf says there is misunderstanding about how player contracts work after the first court hearing. 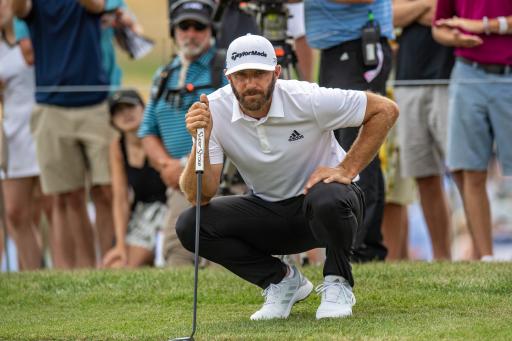 The battle for the future of professional golf finally made its way to the court room this week where attorneys for the PGA Tour and the LIV Golf Invitational Series argued whether or not three rebels should be able to play the FedEx Cup Playoffs.

We now know the result. Talor Gooch, Hudson Swafford and Matt Jones will have to find something else to do over the next few weeks. There are some Asian Tour events they could play if they are so inclined.

Throughout the court hearing in San Jose on Tuesday afternoon, there appeared to be a major bombshell dropped by the attorney representing the LIV Golf players.

This was a claim that was previously outlined by former PGA Tour pro, golf analyst and LIV critic Brandel Chamblee.

His remarks were made before the second LIV Golf event in Portland, Oregon, at Pumpkin Ridge Golf Club.

At the time, new LIV signees Pat Perez and Brooks Koepka faced questions about their contracts in a tense press conference.

It was said, categorically, that Chamblee was talking rubbish about the players' contracts.

Perez, in particular, also appeared less than impressed with Chamblee "banging that drum".

Chamblee's name was also picked up on the microphones during a break in court proceedings, but what exactly was said could not be made out.

Khosla says it is all a misunderstanding and the prize money is separate from the lucrative, multi-year contracts the players have signed.

#LIVGolf President and COO Atul Khosla on the guarantees in player's LIV contracts being separate from the tournament prize money.

"prize money is not subtracted from a player's contractual earnings ... that's all there is to it" pic.twitter.com/2D0ud5A4A6

Well, one way we could clear this up is by seeing the LIV Golf players' contracts.

They are currently under seal. The attorney for the PGA Tour asked for them to be made public during the hearing, but this was denied.

However, the judge did say of the contracts that they were more restrictive than PGA Tour contracts.

It's obviously entirely possible that Freeman was misinformed about how the players' contracts work.

But he also made this statement after reading them and presenting them to the judge.