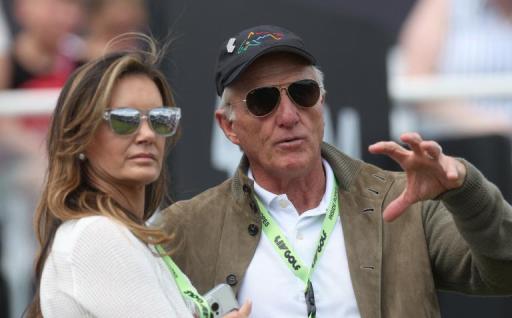 Greg Norman has revealed in a fascinating interview with Golfweek how the wives and girlfriends of LIV Golf players believe their men have never looked so happy following the first two events of the new Saudi-funded circuit.

I mean, I wonder why exactly?

The first seven LIV Golf events dish out $25 million in total prize money. $20 million of that goes into the individual tournament with a first prize of $4 million up for grabs, and then the remaining $5 million is divided out among the top three teams. Even players finishing last earn $120,000.

Golfers can make $4.75 million in one single LIV Golf tournament, something that was achieved by Charl Schwartzel in the inaugural event at Centurion Club in England in June.

That is before you even put certain LIV Golf contracts on the table, which for some players such as Dustin Johnson, Brooks Koepka, Phil Mickelson and Bryson DeChambeau lie in the region of $150 million each.

The added money clearly offers appeal. But so does the fresh team element, at least in the eyes of Norman.

LIV Golf CEO Norman told Golfweek: "... now when you see Carlos Ortiz holing a 40 footer (in Portland) and the team members erupting and making more money than they’ve ever made in one tournament, that’s what it’s all about... and wives and significant others coming up to me and saying, ‘I’ve never seen my husband so happy.’ This is the stuff these people don’t see or hear."

Related: Rory McIlroy believes Greg Norman was right to be disinvited from The Open

Two-time Open champion Norman, who was disinvited by the R&A at St Andrews this week, also gave his thoughts to Golfweek on the most outspoken PGA Tour players who have been slamming LIV Golf in recent weeks such as former FedEx Cup champion and reigning BMW PGA champion Billy Horschel.

"Shame on (those) who create this firestorm of controversy when you look within their own system when they got 23 odd sponsors who do $40-plus billion dollars of business with Saudi Arabia... c’mon, seriously?" said Norman. "If you’re going to go down this path just be ready to accept you’re going to get some stuff coming back your way. And it’s not hard to find it.

"Billy Horschel made this comment about the hypocrisy of the (LIV) players. I’m sorry for Billy for saying that because I’ve sat down with Billy Horschel, I’ve talked to him … just be true to yourself when you’re making those comments. Because he has seen what LIV is all about."

Related: Jack Nicklaus says he and Greg Norman "do not see eye to eye"

With the likes of Dustin Johnson, Bryson DeChambeau, Brooks Koepka, Phil Mickelson and Patrick Reed already on his roster, Norman made it clear more big name signings are on the way to LIV Golf... only they just will not be officially revealed during the 150th Open Championship as a way of respect to the R&A.

"We have more announcements coming," said Norman. "Out of respect to The Open we’re not going to make any announcement this week."

There has been a very strong rumour flying around the golf industry this week that Hideki Matsuyama is set to move to LIV Golf, but nothing has been confirmed yet and we await more news over the coming days.

European Ryder Cup captain Henrik Stenson has also been strongly linked with a move to LIV Golf... something that would really ruffle a few feathers should that one materialise.