OWGR chairman Peter Dawson has confirmed LIV Golf have applied for accreditation ahead of the 150th Open Championship. 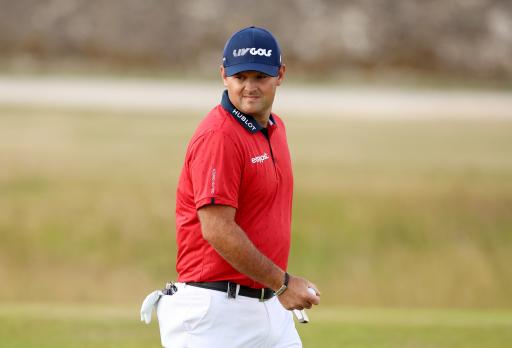 The Official World Golf Ranking confirmed last night it had received an application by LIV Golf to start receiving accreditation on the eve of the 150th Open at St. Andrews.

The news was confirmed by the chairman of OWGR, Peter Dawson, who said in a statement that “examination of the application will now take place”.

Greg Norman, LIV Golf Investments chief executive, has previously claimed that once the Saudi-backed league gets accreditation then “everything takes care of itself”.

The LIV Golf defectors have been fined and suspended by the PGA and DP World Tour, but they remain eligible to compete in the major championships.

None of golf’s major governing bodies have drawn a line in the sand with regards to the league. Largely, they have remained silent and would not confirm future qualifying processes.

GolfMagic has previously written in detail about the process of getting OWGR ranking points. Should LIV Golf not gain accreditation, most of its players would eventually be unable to compete in majors.

LIV Golf’s attempt to gain points is seen as vital in the league’s viability as a product. Tiger Woods, speaking this week, delivered a damaging verdict on LIV Golf.

Woods, 46, spoke at length about LIV Golf, explaining that he “didn’t understand” the players’ decisions to “turn their backs” on what has presented them with this opportunity.

To become eligible for points, LIV Golf needs to receive a nomination by a current OWGR league. They have earned sponsorship through the Asian Tour and will pump billions into it over the next decade.

Asian Tour members can earn spots in the LIV Golf invitational fields. There have been two, $25m events so far in the season’s eight-event inaugural season which has a total prize purse of $255m.

According to reports, the OWGR board is meeting this week in St. Andrews to begin discussing the issue.

The OWGR operates out of the DP World Tour offices in London and is run by a governing board consisting of many of the founding tours and majors.

Buzzy Johnson, a senior tournament director at Augusta National, also sits on the board.

Dawson is also a former R&A board member.

Next page: Bryson DeChambeau no longer a Bridgestone staffer