Has Tiger Woods given the game away about OWGR points on LIV Golf?

OWGR reviews LIV Golf's application to be included as Tiger Woods weighs in. 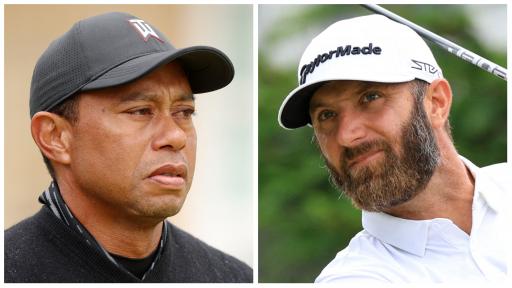 LIV Golf's application for its tournaments to receive Official World Golf Ranking points is now being reviewed - and Tiger Woods has weighed in on the latest hot debate.

As it stands, no OWGR points are awarded for players in LIV Golf tournaments that are each staged over three rounds for 48 invited players.

There are just eight LIV Golf events on the schedule this season, but there will be nearly double that in 2023 and beyond.

The OWGR board is made up of representatives from the PGA Tour, DP World Tour, USGA, R&A, PGA of America and Augusta National.

An OWGR board meeting was held on Tuesday afternoon at St Andrews, according to R&A chief executive Martin Slumbers.

"Official World Golf Ranking received an application from LIV Golf for inclusion in its ranking system," reads an OWGR statement.

"Examination of the application will now commence."

With no ranking points up for grabs, the LIV Golf defectors are all sliding down the world ladder.

As a result, it could soon mean that many of the best players on LIV Golf become ineligible to even compete in the majors.

Woods, who went in hard on LIV Golf in his Open Championship press conference on Tuesday, believes LIV Golf players only have themselves to blame should they miss out on the major championships.

"Some of these players may not ever get a chance to play in major championships. That is a possibility," said Woods.

Slumbers says banning LIV Golf players from future Opens is not on their agenda but they will review their qualifying criteria going forward.