People from nearby cities have shown concern and opposition against the second LIV Golf event set to begin in Portland on June 30. 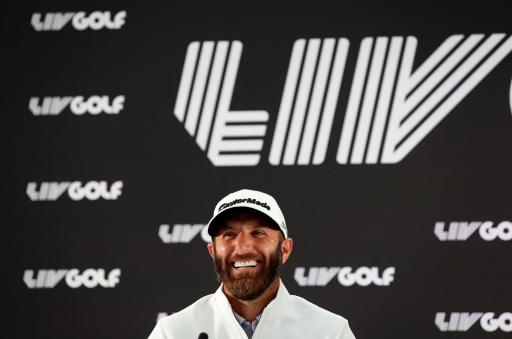 Controversy follows Greg Norman and LIV Golf wherever they go and this will be no different in Portland this week where the loud, new series arrives for its second event.

The morality of using the Public Investment Fund of Saudi Arabia has consistently been called into question and has been met with defensive answers from LIV Golf officials and players.

But it is the officials of nearby cities to Portland who want answers. Significant names and faces are not happy with LIV Golf's cooperation with the murderous Saudi regime.

As reported by the Associated Press, Pumpkin Ridge can be found in North Plains and the mayor of this region, city officials and Oregon Senator Ron Wyden have been outspoken in their opposition to the event.

They have all written to Escalante Golf, the owners of Pumpkin Ridge, and members of the club have also expressed their reservations about the lack of ethical consideration from figures such as Norman and the 48 players who'll play.

The human rights abuses of Saudi Arabia strike at the heart of Oregon natives when they look back to the death of 15-year-old Fallon Smart in 2016.

Saudi student Abdulrahman Sameer Noorah was on trial for first-degree murder charges but vanished off the face of the earth. US authorities believe Saudi Arabia arranged a fake passport for him and provided jet travel back to Saudi.

At the inaugural LIV Golf event at Centurion Golf Club, there was a small but notable protest from Extinction Rebellion representatives and there are expected to be vocal protests in Portland this week.

"It's wrong to be silent when Saudi Arabia tries to cleanse blood-stained hands, in the fight for Oregonians to get justice," Wyden told the Associated Press.

"Fallon Smart was killed very close to our house in Southeast Portland, and the person charged with the crime, a hit-and-run death, was, based on all the evidence, whisked out of the country by the Saudis before he stood for trial.

"It’s just a page out of the autocrats’ playbook covering up injustices by misusing athletics in hopes of normalizing their abuses," he added.

There are a host of fresh faces set to appear in the second LIV Golf event such as Bryson DeChambeau, Patrick Reed, Abraham Ancer and Brooks Koepka.

These players, as per the rules set out by PGA Tour commissioner Jay Monahan, will be suspended from playing on the tour.