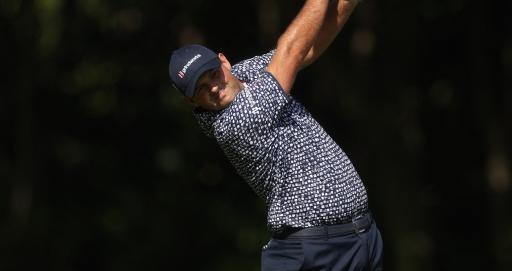 Patrick Reed's defamation lawsuit against Golf Channel and analyst Brandel Chamblee was taken out on Wednesday, only to be refiled with more defendants.

Brendan Quinn and Daniel Kaplan of The Athletic reported that the original lawsuit worth $750 million was withdrawn, only to be enlarged by including Golf Channel employees Damon Hack, Shane Bacon and Eamon Lynch.

The new lawsuit, which was submitted by Reed's attorney Larry Klayman, was refiled in the District Court for the Middle District of Florida in Jacksonville. Companies Golfweek and Gannett are also named in the new file.

The first lawsuit from August read:

"To compound matters, both before and in furtherance of the threats made and actions taken by the PGA Tour and its Commissioner Jay Monahan, to constructively terminate Mr Reed, Defendants Chamblee and NBC's Golf Channel have conspired as joint tortfeasors for and with the PGA Tour, its executives and its Commissioner Jay Monahan, to engage in a pattern and practice of defaming Mr. Reed, misreporting information with falsity and/or reckless disregard for the truth... purposely omitting pertinent key material facts to mislead the public, and actively targeting Mr. Reed since he was 23 years old to destroy his reputation, create hate and a hostile work environment for him..."

Now, the refiled suit claims that Golf Channel's employees have behaved in:

"A pattern and practice of defaming Mr. Reed, misreporting information with actual knowledge of falsity and/or reckless disregard of the truth, that is with actual and constitutional malice, purposely omitting pertinent key material facts to mislead the public, and actively targeting Mr. Reed since he was 23 years old, to destroy his reputation, create hate, and a hostile work environment for him, with the intention to discredit his name and accomplishments."

It also claims that Golf Channel, the PGA Tour and the DP World Tour have conspired to halt LIV Golf's progress in professional golf. He seeks $750 million in "actual and compensatory damages."

The PGA Tour headquarters are based in Florida. Both the PGA Tour and LIV Golf host events in this state, so the case was relocated from Texas.

Reed, who withdrew from the Alfred Dunhill Links Championship this week, played in the Cazoo Open de France on the DP World Tour last week but he described his treatment by the Tour at this event as "a slap in the face."

The 32-year-old has played four times on the LIV Golf Tour commissioned by Greg Norman. He has made two top-five finishes and with the 4 Aces, he has won the team format four times in a row.