LIV Golf makes just the one change to its field ahead of its first event in Thailand. 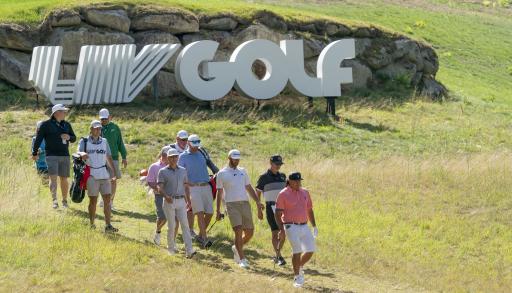 LIV Golf has confirmed its full 48-man field ahead of its sixth tournament of the season and its first in Thailand from October 7 to 9.

Open champion Cameron Smith picked up his first LIV Golf title in just his second start in Chicago last time out and the Australian once again headlines the field at Stonehill in Bangkok alongside Dustin Johnson, who has accumulated the most money by quite some margin so far this season.

In terms of changes to the last field in Chicago, there is just one substitution with Japan's Hideto Tanihara coming in to replace Spain's David Puig.

Tanihara had played in the first four LIV Golf tournaments before he was removed from the field in Chicago, while Puig, who recently turned professional, has played in three events during the season.

Once again, players will be competing for a prize purse of $25 million, with the winner of the individual tournament taking home $4 million.

The winning team will then split a prize pot of $3 million, as Johnson's red-hot 4 Aces GC look to win for a fifth consecutive time.

Local fans will have another reason to cheer at the new Stonehill course with Thai players Sadom Kaewkanjana and Phachara Khongwatmai once again competing in the high-profile field thanks to their high standings in the Asian Tour and International Series Order of Merit.

The International Series is the Asian Tour’s ground-breaking new series of marquee events made possible through a 10-year, $300 million commitment by LIV Golf, with tournaments in venues such as Thailand, Singapore, Korea, Egypt and Morocco, as well as England so far this season.

"Our investment in the Asian Tour with The International Series has already begun to create new opportunities in golf.

"This tournament in Thailand is further proof of LIV Golf’s commitment to showcasing top competition amongst the best golfers on the planet while connecting with new audiences around the world.

"Excitement continues to build with each event, and we can’t wait to deliver a memorable tournament at Stonehill, a one-of-a-kind venue."

LIV Golf Bangkok marks the sixth of eight events in the 2022 schedule.

The Saudi-bankrolled circuit will then head to Saudi Arabia the week after before its season-ending Tour Championship in Miami.

LIV Golf this week confirmed that it has radically altered the format for the Tour Championship.