Phil Mickelson appears to have swapped to the Armlock putter for the second event of the LIV Golf Invitational Series at Pumpkin Ridge. 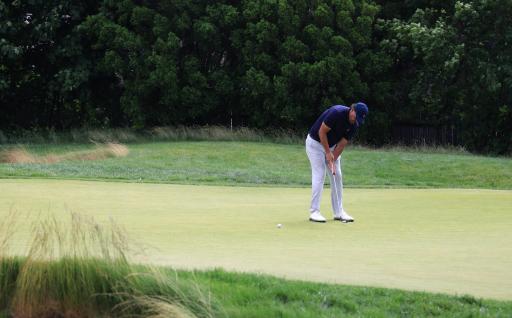 Phil Mickelson has always been one to tinker with his golf bag throughout his illustrious career and he's done so again for the second event of the LIV Golf Invitational Series.

As shown by @TrackingPhil on Twitter, the six-time major champion was pictured during a practice round in Portland with an Armlock putter in his hands.

This model of putter has previously caused controversy as players such as Bryson DeChambeau and Will Zalatoris have previously been accused of anchoring it to the inside of their left forearm.

Rory McIlroy and Billy Horschel are two players to have vocalised their opposition against this style, but nonetheless, no more restrictions have been made against anchoring since 2016 when it was outlawed.

Related: Xander Schauffele "can accomplish anything" ahead of 150th Open Championship

He kept this club in the bag until the beginning of 2022. The 52-year-old has made a change this week and as reported by GolfWRX, he has also made changes to his wedges.

Lefty hasn't quite experienced immediate success with his equipment changes. He laboured to an opening round of 73 on Thursday to sit 30th in the 48-man field at Pumpkin Ridge.

Having missed the cut at the US Open by a wide margin, it would seem his time away from golf between February and June has taken its toll on his game.

Next Page: 9/11 families tell LIV Golf players in Portland: "We are not going away"