Lee Westwood has posted a rather cryptic message after LIV Golf players were dubbed "The Sour 16". 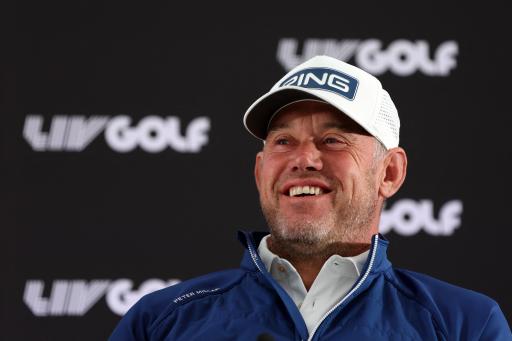 LIV Golf player Lee Westwood posted a perhaps ominous and cryptic message about what will happen next in golf’s apparent civil war between the established tours and the Saudi-backed circuit.

The Englishman has claimed that if the DP World Tour players were smart “they’d see what’s coming” after the Ryder Cup Europe legend became embroiled in apparent legal action.

Earlier in the week it was revealed that Westwood and 16 other LIV Golf players were threatening the DP World Tour with litigation unless their £100,000 fines and suspensions were rescinded.

Westwood and the likes of Ian Poulter, Graeme McDowell, Martin Kaymer and Sergio Garcia have been banned from the three upcoming co-sanctioned PGA Tour events.

Hitting back, DP World Tour chief executive Keith Pelley said he could no longer remain silent on the issue and suggested the players’ legal letter contained “many inaccuracies”.

Westwood’s cryptic message was posted in a thread on Twitter with the golf journalist Jamie Corrigan, who revealed that the LIV Golf players were being dubbed “The Sour 16”.

Check out the thread here:

Did Facey give you that line? Trying to get a job with the Sun?

one of the players. far too inventive for me! facey, on the other hand

The players aren’t that smart. If they were they’d see what’s coming.

Why should it be threatened?

Westwood spoke to the media earlier in the week where he defended and explained his decision to join LIV Golf. Westwood, 49, spoke of his Ryder Cup future and asked why it should be threatened.

“I think as long as you fulfill the criteria to be a European Tour member, then you should still have the opportunity to try and qualify for the Ryder Cup team.”

Next page: 9/11 families tell LIV Golf players "we are not going away"