A report in the Telegraph claims some 40 DP World Tour players have requested to play in the first LIV Golf Invitational Series event at Centurion this June. 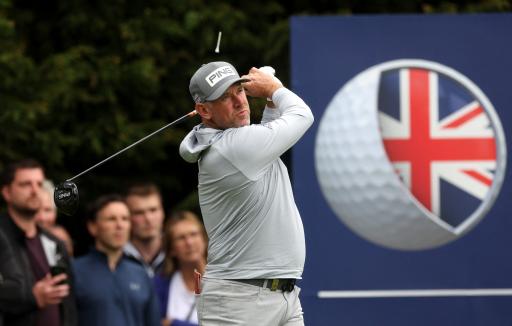 Some 40 DP World Tour players have requested to play in the first LIV Golf Invitational Series tournament at Centurion Club this June, according to a report in the Telegraph.

Today is the deadline day for players on the DP World Tour to submit their requests should they wish to play in the controversial $25 million Saudi-backed event in St Albans, with a first prize of $4 million.

The breakaway LIV Golf Invitational Series is a new eight-tournament series powered by Saudi millions and led by Greg Norman, the former World No.1 and two-time Open champion.

Related: Mystery World No.1 who wants to play in Greg Norman's event has been revealed

It is understood by a report in the Telegraph that nearly 40 players on the DP World Tour have already requested releases to play in the tournament set for the first week of June.

"Most of the players who have applied have no idea if they'll actually get into the field, as it's limited to 48," said Telegraph's insider.

"We didn't expect as many rank and file pros to ask to play, although with $4 million for first place and $120,000 for last, perhaps it should have been expected.

"There are a few surprise names but they are largely veterans. Very few under 20s which is good."

The Centurion event will only see 48 players compete in total over three rounds, with no cut.

DP World Tour chief executive Keith Pelley will now need to make a big decision as to whether or not he permits his players to play, but the Telegraph report indicates: "It is believed he [Pelley] will not grant releases but will step short of a ban for those who play anyway."

It is understood that some 70 players on the PGA Tour requested releases to play in the first tournament.

The PGA Tour's cut-off point was two weeks ago.

It is believed that PGA Tour commissioner Jay Monahan will accept releases for these players to compete in the UK tournament, at least until the second event which takes place in Portland at the end of June.

LIV Golf says 15 of the world's top 100 players have sent in their forms to play in the first event at Centurion.