Huge demand for tickets saw 1.3 million applications in the ballot and this has resulted in The Open's highest-ever number of general admission. 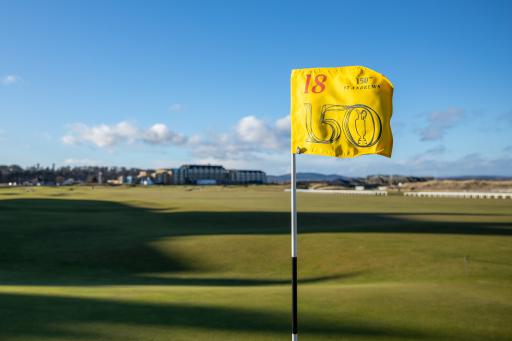 The 150th Open Championship at St Andrews in July will see a record-breaking attendance of 290,000 people at the Old Course.

The tournament, which will be held from July 10-17, saw an unprecedented demand for tickets. There were 1.3 million applications for tickets and the attendance will surpass the previous record set at St Andrews in 2000 of 239,000 spectators.

The R&A is working closely with the Scottish Government on the attendance to ensure everyone travelling to the championship can do so safely and have the best spectator experience possible.

It was also announced that The Open will generate around £200 million in economic benefit to Scotland, according to an independent forecast by the Sport Industry Research Centre (SIRC) at Sheffield Hallam University.

"The 150th Open at St Andrews is going to be a momentous occasion for golf and this is reflected in the extraordinary demand among fans to be part of this historic playing of the Championship," said Martin Slumbers, Chief Executive at The R&A.

"We very much appreciate their passion and enthusiasm for The Open and are delighted that we will set a new attendance record that far exceeds the previous best set in 2000.

"The Open is a major global sporting event and its significance to St Andrews and Scotland is evident in the independent forecast which estimates that the Championship will generate around £200 million in total economic benefit.

"We look forward to welcoming tens of thousands of fans from many countries around the world to St Andrews in July when they will enjoy a true celebration of golf at its historic home."

A record of 80,000 spectators will go to the four practice days in the lead-up to the championship, exceeding the total of 61,000 fans who attended them at Royal Portrush in 2019.

The independent forecast by SIRC, which was commissioned by The R&A, VisitScotland and Fife Council, reveals that the total economic impact resulting from staging The 150th Open at St Andrews with 290,000 fans in attendance will reach £100 million for the first time.