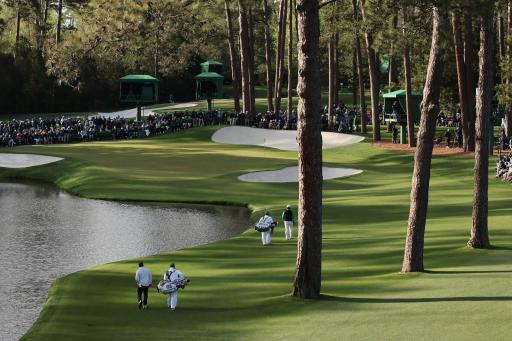 Two former World No.1 golfers and Ryder Cup heroes have reportedly signed up to join Greg Norman's new Saudi-backed LIV Golf Invitational Series ahead of its launch in England this summer, according to the Daily Mail.

The names have not yet been disclosed according to the report, but given we are talking about World No.1 players and Ryder Cup heroes, that does narrow the search down somewhat as to who will join a new Saudi golf league.

Who is joining a new Saudi golf league?

Lee Westwood is the first name that springs to mind, especially given he fits the bill - and he has also made it no secret that he is very interested in the new circuit.

Other names that also fit the World No.1 and "Ryder Cup hero" bracket include Luke Donald, Justin Rose and Martin Kaymer.

But would any of the above really want to jeopardise their future Ryder Cup careers as a player or even captain?

It is unknown as to whether joining the breakaway circuit will cause issues for future captaincy roles in the European Ryder Cup team, but it's a strong possibility under new rules.

Henrik Stenson had been strongly linked with joining the circuit but he has now been named the new European Ryder Cup captain, so he has now quashed any talk of his participation.

Phil Mickelson has never been a World No.1 so that would seemingly rule him out at the moment, but who knows what is exactly happening with Lefty right now after he failed to turn up at Augusta National this week at the Champions Dinner.

The six-time major champion has been strongly linked with a move away from the PGA Tour to Norman's breakaway league.

But Mickelson has now decided to take time out of the sport recently following controversial comments were revealed during a conversation shared with biographer Alan Shipnuck where he claimed the Saudis were "scary motherf******" and that he was using the new breakaway circuit as leverage against the PGA Tour.

Related: Shipnuck says he has "some incredibly damaging information" about Phil Mickelson

The full list of players competing in the first LIV Golf Invitational Series event have not been disclosed, but we imagine news will break fairly soon.

The majority of big PGA Tour names have ruled themselves out of joining Norman's new golf series, no doubt much to the delight of PGA Tour commissioner Jay Monahan.

It is understood that backers of the breakaway golf circuit were hosting sponsors and golf executives on the outskirts of Augusta National Golf Club earlier this week during golf's first major of the season at The Masters.

The first of eight events in the new LIV Golf Invitatonal Series is set for Centurion Club in England in the first week of June.

Related: What we know and what we don't yet know about the new LIV Golf Invitational Series