Strong rumours circle on social media during US Open week that Viktor Hovland, Collin Morikawa and Xander Schauffele are on their way to LIV Golf. 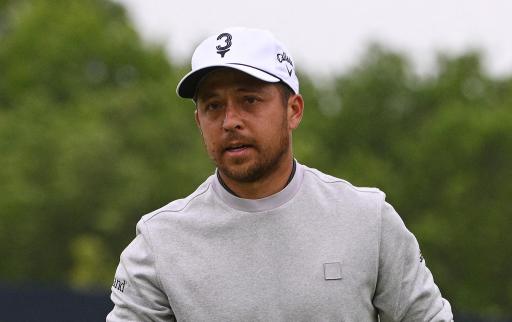 Strong rumours have been flying around on social media this week that three, possibly four more big name PGA Tour players could be on their way to join the controversial Saudi-funded LIV Golf Invitational Series.

Those players, according to one particular Twitter account @flushingitgolf is that Viktor Hovland, Collin Morikawa and Xander Schauffele could soon be switching allegiance to Greg Norman's new circuit with millions of dollars on the line.

The rumours around players jumping to LIV have been pretty accurate so far, so here’s the next 3 big names that I keep hearing: Morikawa, Xander and Hovland.

This rumour was then also confirmed by the @secrettourpro, who believes at least two more players will be announced by LIV Golf on the Monday after the US Open.

2 Players will announce they’re joining the LIV Golf Series on Monday after the US Open.

There is also speculation that Brooks Koepka could be joining them too, but after his little rant at journalists when bringing up the subject earlier this week at the US Open, perhaps he has decided against it.

Koepka was unhappy at the "black cloud" of LIV Golf hanging over the US Open this week, a tournament he won back-to-back in 2017 and 2018.

Dustin Johnson and Phil Mickelson last week broke away from the PGA Tour to join the LIV Golf circuit, with Johnson going as far to resign his membership from the PGA Tour having won 24 times on the Tour. He also won their FedEx Cup in 2020.

Johnson reportedly received in the region of $150 million to sign up to LIV Golf, while Mickelson was given even more at $200 million.

Bryson DeChambeau did not compete in the first LIV Golf event at Centurion last week, but he has signed up for the next one in Portland. As too has Patrick Reed.

DeChambeau had recently said he was going to stick by the PGA Tour but he then went back on his word last week after confirming it was a "business decision."

He was reportedly given in the region of $100 million to sign up to LIV Golf.

Other players expected to join the LIV Golf movement include the likes of Rickie Fowler, Matt Wolff, Bubba Watson and Jason Kokrak.

And who knows, there could be plenty more as the PGA Tour looks to do all it can to keep hold of its biggest names.

Rory McIlroy did at least confirm he will not be going anwyhere during his US Open press conference earlier this week, and the likes of Jon Rahm and Shane Lowry have also made it clear they will be sticking by the PGA Tour.