Brooks Koepka is sick of talking about the LIV Golf Invitational Series and was unhappy with questions from the press on Tuesday at the US Open. 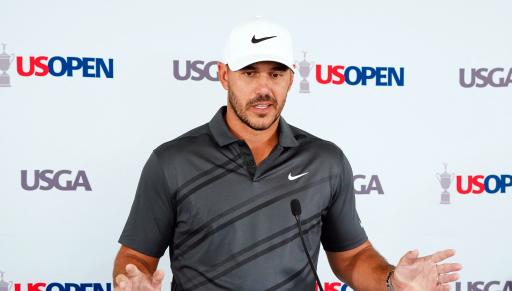 Brooks Koepka was frustrated at talking about the LIV Golf Invitational Series during his press conference at the US Open, accusing the media of throwing a "black cloud" over the week.

Koepka, 32, is "tired of the conversations" about the rebel league, commissioned by Greg Norman, which held its first event at Centurion Golf Club near London last week.

His brother Chase played in the inaugural LIV Golf event. He finished 37th in the 48-man field having shot a score of 8-over in the third and final round.

The two-time US Open champion has only played twice since the WGC Match Play in March, but now his wedding is out of the way, we could see the best Brooks Koepka for the rest of the season.

"LIV is trying to make a big push for golf. Look, I mean, I love my brother. I support him in anything he does. It's family. I'll always love and support him. Whatever he does, I'm cheering for him," Koepka said.

"I'm here. I'm here at the US Open. I'm ready to play US Open, and I think it kind of sucks, too, you are all throwing this black cloud over the US Open. It's one of my favourite events. I don't know why you guys keep doing that.

Koepka tuned into the coverage to watch his brother play, but as of now, it seems the eight-time PGA Tour winner is happy to stay put.

One of the reasons some players have given for leaving the tour is to play less golf, but Koepka quashed this reasoning by stating "I can come out here and play as few weeks as I want."

The American chooses his own schedule which hasn't exactly been jampacked in 2022. He has played 14 events and only made two top-10s.