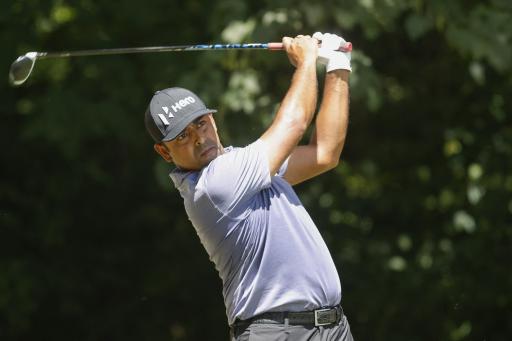 Lahiri, who finished inside the top three at The Players Championship earlier in the season, has given an interview to Joy Chakravarty of the Hindustan Times, where he explained his decision.

The 35-year-old's signature will be key to increasing the presence of golf in India. He's ranked inside the world's top 100 players and has 18 professional wins, two of those coming on the European Tour. Although he has never tasted victory on the PGA Tour.

Lahiri pocketed $2.18m when he finished outright second at TPC Sawgrass in March behind his new LIV brother Cameron Smith, who also confirmed his long-assumed intentions this week.

Related: Has Cameron Smith made a mistake? Fans react...

It's unknown how much money he is being paid by the Saudi-financed series, but we'd expect it's a fair chunk more than his biggest ever PGA Tour pay day.

He explained to Chakravarty: "I have already alluded to this in a previous interview. It's a very lonely life out there as a top athlete, and that is something many fans are unable to comprehend.

"Just to give you an example, finishing second at The Players was such a huge thing for me, but I could not celebrate until four months later in July when I visited India after the Scottish Open.

"I see this [joining LIV] as an effort to correct my work-life balance. I see this as a move back closer to my family and friends. I see this as something that gives me more time to enjoy my kids growing up."

Lahiri is one of five new LIV signees announced before the LIV Golf Tour Boston event.

Other than Smith, he joins Harold Varner III, Cameron Tringale, Marc Leishman and Joaquin Niemann in taking a new path with their professional golf careers.

Varner, in particular, was praised for his brutally honest reason for joining the LIV Golf Invitational Series.

Disclaimer: He is getting paid!

The next LIV Golf event will take place over 2-4 September at The International in Boston, Massachusetts.

After the latest batch of signings, the field will see 12 of the last 26 major winners teeing it up in the fourth LIV event of their inaugural eight-event season.