Cameron Smith has finally had his LIV Golf signature confirmed as the controversial new tour announces a host of new players to their roster. 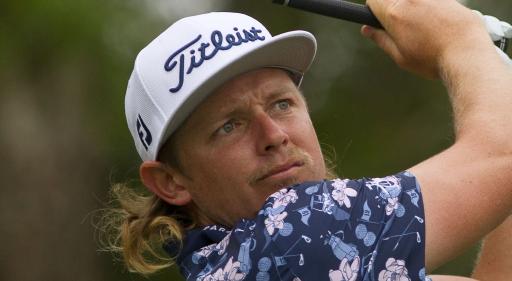 2022 Open champion Cameron Smith has signed for LIV Golf in an official announcement on Tuesday, finally putting pen to paper along with five other recruits.

Smith, 29, won his maiden major title at St Andrews in July and as the World No.2 at the peak of his powers, this represents Greg Norman's most important acquisition yet.

It is understood Smith has accepted a signing-on fee to join LIV Golf in the region of $100 million.

Smith, who has made just shy of $30 million in his PGA Tour career, claimed the money was a huge reason for jumping ship to LIV Golf, as too being able to spend more time with his family.

Now where have we heard that before?!

"[Money] was definitely a factor in making that decision, I won’t ignore that or say that wasn’t a reason," Smith told Golf Digest.

"It was obviously a business decision for one and an offer I couldn’t ignore."

He added: "The biggest thing for me joining is [LIV’s] schedule is really appealing. I’ll be able to spend more time at home in Australia and maybe have an event down there, as well. I haven’t been able to do that, and to get that part of my life back was really appealing."

As soon as he became the Champion Golfer of the Year, questions about his future on the PGA Tour came up. He refused to answer them following the rumours he'd been offered $100 million to make this switch.

Along with Smith, Norman has also signed up fellow Aussie Marc Leishman to the Saudi-backed series. It is his intention to build an Australian team to play in the proposed Australian events on the 2023 LIV Golf schedule.

Harold Varner III, the winner of the Saudi International in February, has also been lured by the millions of the Public Investment Fund and so has Cameron Tringale.

Tringale, still winless on the PGA Tour since his debut season in 2010, thanked Tiger Woods, Jack Nicklaus and Arnold Palmer for their roles in professional golf in a statement explaining his decision to join LIV.

The breakaway series has bolstered its international representation by also signing Joaquin Nieman.

Before his manager told The Associated Press of his move, Niemann had admitted at the Tour Championship that he was undecided on whether to join LIV or stick with the PGA Tour, which will go through wholesale changes in 2023.

Anirban Lahiri will join Smith, Leishman, Niemann, Tringale and Varner III to play in the fourth LIV Golf Invitational at The International in Boston.

As for Cameron Young, he told The Athletic that despite showing an interest in the LIV Golf Series, the changes and investment in next season's Tour proved crucial in his decision.

Despite strong rumours linking Hideki Matsuyama with a $400 million switch, the former Masters champion is set to stay put.