Why five-time PGA Tour champ won't join LIV Golf: "Greg and I had a SPAT" 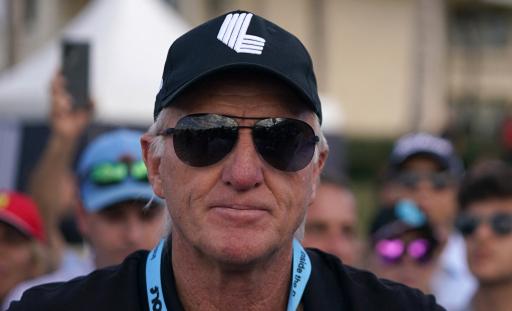 Five-time PGA Tour winner and former NBC on-course reporter Roger Maltbie says working for LIV Golf one day would be a "shock" because of a previous "spat" he had with Greg Norman, who is now the CEO of the Saudi-backed circuit.

Golfweek last week reported how Maltbie, along with Gary Koch, will no longer be returning to NBC's golf coverage in 2023 as a result of the broadcast company looking to "refresh" their team.

NEW: Xander Schauffele SHUTS DOWN talk that he and Patrick Cantlay are off to LIV Golf

So what next for Maltbie?

Maltbie appeared on SiriusXM's PGA Tour show earlier this week to reveal exactly why that is the case:

"I guess at this age, at 71, you never say never, but that would shock me beyond belief," said Maltbie.
"Greg Norman and I had sort of a spat you might call it years back, and I doubt that I would get a call from LIV, let’s put it that way."

"There's hurt feelings and there's also a lot of gratitude."

The golf world is still reacting to the news that Roger Maltbie's time with NBC Sports is ending. Maltbie himself reacts with Gary & Drew on McCord & Stoltz. Hear the full interview on the SXM App.@thesleezyman pic.twitter.com/BPQd78kdMi

But despite that, if the call did come just as it did for David Feherty earlier this year, Maltbie would have "no compunction about going to work for somebody that's willing to pay you a salary."

"This LIV thing, it’s kind of crazy. There’s so much hypocrisy involved in it.
"I don’t begrudge any player that accepted that money or decided to do that. That’s still a decision that is 1,000 percent their right. I don’t like the idea that they think they could do that and play the PGA Tour. I don’t follow that, but I’m not upset with it.
"There are people that have this moral outrage about accepting money from the Saudi Investment Fund and it’s like, really? All the business that our government does with Saudi Arabia, and the largest corporations in America, so many of them do some business with the Saudis. Why all of a sudden are golfers the moral compass of the world? I don’t understand that. So I have no problem with those guys taking that money."

Next Page: Jon Rahm RIPS into the new OWGR changes