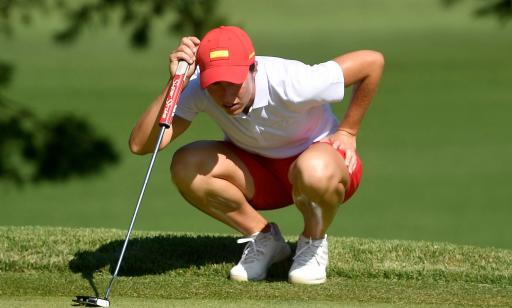 Ciganda's victory was a long-time coming after she made top-three finishes at the Saudi Ladies International and the Aramco Team Series in Jeddah.

Ciganda took a three-shot lead into the fourth and final round at Los Naranjos Golf Club and she didn't look back by making a birdie and an eagle in her first five holes.

The Spaniard made further birdies on the 8th and 18th holes. She finished with a final-round score of 67 to finish four shots ahead of Maja Stak on 15-under-par.

RELATED: LEGENDARY GOLFER LEE ELDER, WHO MADE HISTORY AT THE 1975 MASTERS, DIES AGED 87

Stak shot a 66 in the final round but it wasn't enough to catch Ciganda, who has made five Solheim Cup appearances for Europe. Atthaya Thitikul finished in outright third place on 8-under-par.

Ciganda has also won twice on the LPGA Tour, the last of which came in 2016. She last won on the Ladies European Tour at the Estrella Damn Mediterranean Ladies Open in 2019.

"I'm very happy. It's a tournament that I really wanted to win. I love Spain and obviously to win your country's Open is really, really special," Ciganda told Sky Sports.

"I'm very happy with the way I played and to shoot two bogey-free rounds this week is great golfing."

Ciganda ended up in 14th place in the season-long Race to the Costa del Sol. Thitikul won the tour's grand prize ahead of Pia Babnik in second place.

NEXT PAGE: G/FORE OFFER 10% OFF WITH MASSIVE CYBER MONDAY EVENT