Annika Sorenstam considers returning at US Women's Open in 2022

At 51 years old, Annika Sorenstam could become the oldest major winner in the history of golf at Pine Needles in 2022. 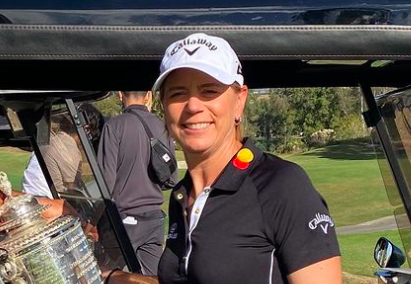 LPGA Tour legend Annika Sorenstam is contemplating the idea of playing in next year's US Women's Open Championship.

Sorenstam, who has won 72 times on the LPGA Tour and who has won 10 major championships, retired from golf in 2008 at the age of 38.

However, in 2021, the popular Swede won the US Senior Women's Open by eight shots at Brooklawn Country Club, ahead of fellow Swedish golfer Liselotte Neumann.

Although this came after a 13-year break from her professional career, Sorenstam showed her class and she earned a spot in next year's US Women's Open at Pine Needles in North Carolina. She won her second US Women's Open title there in 1996.

"The young players are so good nowadays and they're half my age and it would be difficult and I really wouldn't do it for that reason other than just to be respectful of the invite.

"I've been to Pine Needles tons of times and I got to know Peggy Kirk Bell, so that place has a special place in my heart. Winning there in '96 and there's a lot of indicators that point towards going, but I don't know, it would be very difficult.

"I have a lot of respect for the players today and maybe for other reasons, for my family and to be part of golf."

Sorenstam spoke of her hesitancy to play against the young superstars of the women's game such as Nelly Korda and Jin Young Ko. These particular young players occupy the top two spots in the Rolex Rankings.

Nonetheless, Sorenstam's performance at this year's US Women's Senior Open shows that she is able to roll back the years as Mickelson did at Kiawah Island in May.