The South Korean left Nelly Korda in her wake over the weekend with a blistering performance. 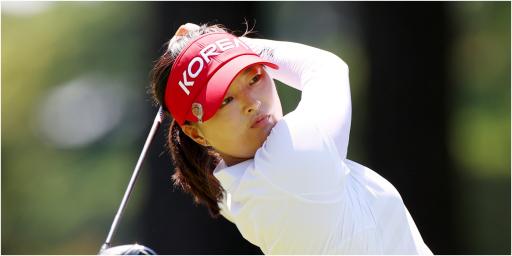 She's just claimed the LPGA Tour player of the year with a stunning final round, bogey-free 63 to win the CME Group Tour Championship.

In the process she edged out Nelly Korda, 23, for the player of the year honour to claim her fifth win of the season.

There are not enough superlatives to describe the 26-year-old South Korean who will celebrate her success watching Netflix with some crisps.

She's earned it. But this stat puts it into perspective just how brilliant she has been.

We're constantly told it is impossible to be consistent in golf but perhaps Jin Young Ko bucks the trend.

On the way to winning the title and $1.5 million, Ko found 63 greens in regulation.

Let that sink in for a moment. 63. Sixty three. This is absurdity.

She even did this with a bum wrist and only clipped away a few chips for her warm-up so as not to aggravate it.

Now look at this:

To give you an idea of how incredible this is, here are the longest consecutive GIR's from each season on the PGA Tour.

Steve Stricker holds the record for most consecutive greens hit on the @PGATOUR this year, with 35 (seven more than anyone else).

Ko's season was one for the ages.

From 19 starts she has won five times, including seven top-10s.