Maja Stark was disqualified from The Ascendant LPGA Benefitting Volunteers of America last week for using a driver not on the "List of Conforming Driver Heads." 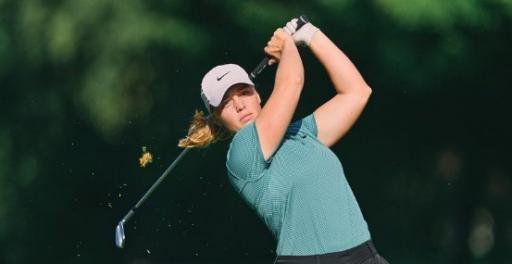 Maja Stark was disqualified from The Ascendant LPGA Benefitting Volunteers of America last week on the LPGA Tour, but she took her disappointment head on.

The 22-year-old, who has won five times on the Ladies European Tour since September 2021, was taken out of the competition for using a driver deemed not on the "List of Conforming Driver Heads."

The club that Stark allegedly used in the first round in Texas was the new PING G430 driver. This was made legal to use from Monday, but Stark used it four days too early.

Having shot an opening round of 75 and on the cut line at The Colony, the super Swede was disqualified by the LPGA Tour. The tournament was won by Charley Hull who secured her second win on the American circuit.

In a statement given to Golf Digest, the LPGA said: "After the conclusion of Round One of The Ascendant LPGA benefiting Volunteers of America, it was discovered that Maja Stark used a driver throughout her round that was not on the List of Conforming Driver Heads.

"Model Local Rule G-1; List of Conforming Driver Heads is included on the 2022 LPGA Rules of Play Card and is in effect for every competition. The penalty for a breach of this Model Local Rule is disqualification."

On Monday, Stark released a statement on Instagram to explain her side of the story. She revealed that she and her caddie were unaware that this club wasn't allowed in competition, but the actual club was conforming.

"So I’ve gotten some questions regarding my DQ this week. Yes, I played with a driver that wasn’t on the list of approved drivers yet (but it is conforming to the rules). I got it on Wednesday from a tour rep and hit good shots on the range," Stark wrote.

"There was some miscommunication, which resulted in neither me nor my caddie (who was with me when I tried it out) being aware that we couldn’t use it in competition yet.

"It’s my responsibility to know that my clubs are alright to use according to the rules, but I didn’t even think of looking it up or asking because I just assumed that the clubs I get will be okay. S*** happens!"

Stark won her first event on the LPGA Tour at the ISPS Handa World Invitational in August. However, she has missed four cuts in her last eight events on Tour.