LPGA Tour legend on Lexi Thompson: "Nothing will make her quit trying"

Can Lexi Thompson turn her fortunes around with victory at the CME Group Tour Championship on the LPGA Tour? 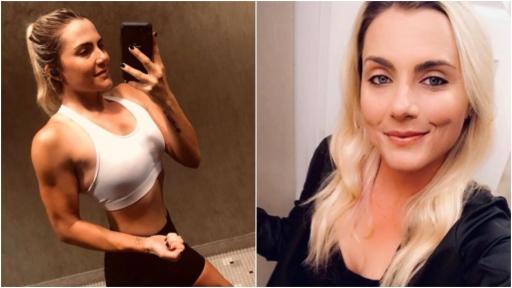 LPGA Tour legend Judy Rankin believes nothing will stop Lexi Thompson from trying to win again on the LPGA Tour despite yet another near-miss on the circuit last weekend.

Thompson was seemingly handed the Pelican Women's Championship on Sunday when World No.1 Nelly Korda triple-bogeyed the penultimate hole to fall two shots behind.

Thompson found herself at 18-under par and one shot clear over two players in the clubhouse as she stood on the 18th tee, but she could have been two shots ahead had she not missed a short four-foot putt for par on the 17th.

Her playing partner Korda bounced back on the 18th hole with a birdie from 15 feet to join Lydia Ko and Sei Young Kim on 17-under par, but Thompson was left with the task of two-putting from 40 feet to end a winless spell dating back to June 2019.

But Thompson three-putted for bogey, missing a putt from four feet for the win.

It meant a four-way playoff with Korda, Ko and Kim.

Korda drained another birdie from exactly the same position at the first extra hole, and despite Thompson stiffing her approach shot to five feet for birdie, she missed the putt to hand the tournament to Korda.

Despite coming up shy of a 12th LPGA Tour title and ending a 17-month winless drought, LPGA Tour legend Judy Rankin is confident Thompson is doing all the right things to get back on track.

"I give her credit for the way she works and addresses her shortcomings and tries to whip it," Rankin told Golf Channel.

"She has given every indication that nothing is going to make her quit trying."

Thompson, who has one major to her name, still finds herself in with a shout of winning the CME Race to Globe at this week's CME Group Tour Championship at Tiburon Golf Club as she ranks seventh in the season-long standings.

The Cobra Puma staffer is the only player in the top 10 without a victory all season.

Thompson may have squandered numerous chances of winning big LPGA Tour titles this year, none bigger than throwing away a five-shot lead at the US Open, but she still has time on her side at the age of 26.

She first burst on the scene when turning professional at the age of 15 and then she won the first of her 11 LPGA Tour titles aged 16 at the 2011 Navistar LPGA Classic.

Incredibly, Thompson also qualified for her first US Women's Open at the age of 12.

Thompson has now gone 40 tournaments without a win on the circuit, but surely it won't be long until that unwanted streak ends?

This week at CME would certainly be a good time to end the run, especially with a first prize of $1.5 million and the Race to GME Globe on the line.

NEXT PAGE: TIGER WOODS TO FEATURE AT THE 2022 PRESIDENTS CUP