Nelly Korda revealed to her fans on social media that she suffered a blood clot on Friday, but she is now at home receiving treatment. 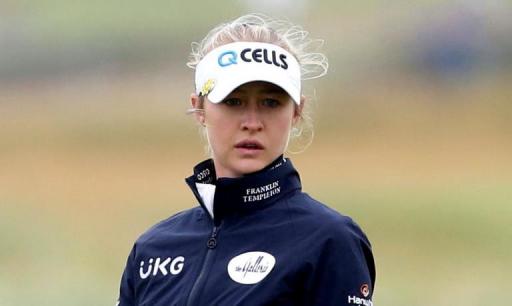 LPGA Tour star Nelly Korda is currently recovering at home after suffering a blood clot on Friday in Florida.

In a statement she posted on social media, Korda told her many fans that after a photo shoot, commercial appearance and a workout, she noticed swelling on her arm.

Her doctor advised her to visit an emergency precaution room where she was told she had a blood clot. She is now at home receiving treatment to nullify any more risks.

Many of Korda's fellow LPGA competitors sent their support such as Brooke Henderson, Suzann Pettersen, Georgia Hall and her sister Jessica Korda.

Related: Anirban Lahiri puts poor form behind him to lead at Players Championship

It is encouraging to read that Korda will be back as soon as possible and she gave thanks to those who have supported her through this unexpected turn of events.

We all wish the World No.2 a full and speedy recovery. She won the Women's PGA Championship in 2021 which was her maiden major victory.

In the last couple of seasons, Korda has become one of the best players in the women's game. Not only did she break her major drought in 2021, but she also won the Pelican Women's Championship, the Meijer LPGA Classic and the Gainbridge LPGA.

The 23-year-old has seven wins to her name on the LPGA Tour already, having only turned professional in 2016. She also won the Olympic gold medal in Japan last year.

Korda has only played three times this season on the circuit, with her best finish being tied fourth at the Hilton Grand Vacations Tournament of Champions.