Shane Lowry created incredible scenes on the famous 17th hole on Sunday, making an ace on the treacherous par-3 at TPC Sawgrass. 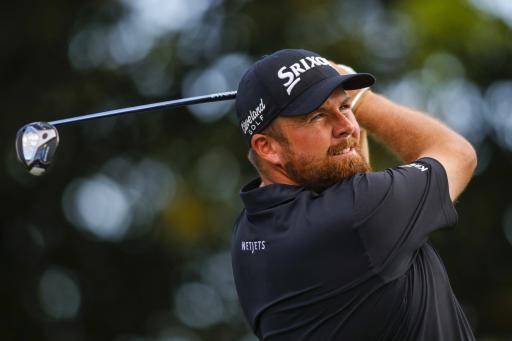 Lowry stepped up to the famous par-3 hole in his third round of the event and hit a fantastic shot that pitched just past the pin.

His ball spun backwards and into the hole. There was bedlam all around in Florida and Lowry celebrated with his European Ryder Cup teammate and playing partner Ian Poulter.

It marks the 10th hole-in-one on the 17th hole in Players Championship history, and the first since Ryan Moore in 2019.

Lowry propelled himself to 4-under-par for the event. It was the Irishman's 8th hole of his third round and it is the 10th hole-in-one on the 17th hole in the history of the event.

Lowry finished second at the Honda Classic two weeks ago on the PGA Tour, coming close to his third win on tour. This ace at TPC Sawgrass will feel like a win now.

The incredible shot came late in a day that began at 8.15 am when players were completing their second rounds which were delayed as a result of harsh weather.

Justin Thomas and Bubba Watson were the only two players on Saturday to shoot bogey-free rounds. Lowry's ace took him to 3-under-par for this third round.

When Lowry made the ace, he was four shots behind co-leaders Sam Burns and Harold Varner III.

ACES ON 17 IN PLAYERS HISTORY

Next Page: Brooks Koepka's record on the 17th hole at TPC Sawgrass is SHOCKING!