Anirban Lahiri led by one shot on 9-under-par when play was suspended by darkness in the third round of The Players Championship. 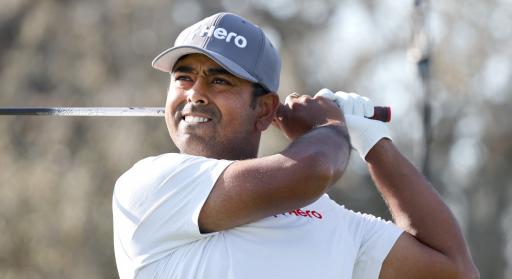 Anirban Lahiri has not set the PGA Tour alight this season, but he was on fire during the third round of The Players Championship.

On a busy day at TPC Sawgrass on Sunday, the Indian made six birdies in the first 11 holes of his third round. His only blemish so far came on the 10th hole.

With seven holes left of his round, he finished on 9-under-par when darkness suspended play. Tom Hoge and Harold Varner III trail on 8-under-par.

Lahiri has 18 international victories in his career and his last win came at the Hero Indian Open on the DP World Tour in 2015. A win at The Players Championship would certainly be a career highlight.

The 34-year-old has missed the cut three times in his last four events on the PGA Tour and he has missed seven cuts in 12 events so far in the 2022 season.

Sleeping on a 1 shot lead. @AnirbanGolf with a beauty to end the day. pic.twitter.com/zRaU8PwgQA

Englishman Paul Casey was 2-under-par through his first nine holes on Sunday and he finished on 7-under-par when play was suspended at 7.32 pm local time.

Sam Burns, who co-led with Tom Hoge after 36 holes were finally completed, was level-par through the nine holes he played of his third round. He is also two shots behind.

Shane Lowry raised the roof on the 17th hole by getting the first ace on this famous hole since 2019. It was the 10th hole-in-one on 17 in the history of The Players Championship.

Justin Thomas shot one of two bogey-free rounds on Saturday and he was 1-under-par through 11 holes of his third round to reach 4-under-par for the week.