Danielle Kang has revealed she will be taking at least four weeks off after withdrawing from the Palos Verdes Championship. 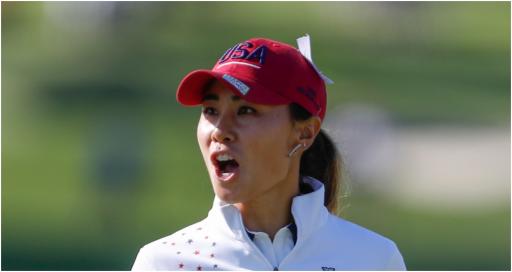 Danielle Kang was in a patch of fine form at the beginning of the LPGA Tour season.

She became the champion of champions at Lake Nona Golf & Country Club in early January with a three-stroke victory.

Kang, who is coached by Tiger Woods' former instructor Butch Harmon, then followed that with a runner-up finish at Gainbridge.

She narrowly lost out to Lydia Ko by one shot as she was bidding for her seventh LPGA Tour title.

But since then it has been a little bit of a struggle for the 29-year-old who has been nursing an injury over the last few weeks.

Kang threw up an emotional post on Instagram thanking those in her support group. But now she will need some time away.

The details around her injury are scarce. But it seems that she tried changing her putting set-up to reduce the intensity of the pain.

She tried to battle through this weekend's Palos Verdes Championship but was forced to withdraw.

Kang has confirmed that she has also withdrawn from the Founders Cup as well and won't be back in action for at least a month.

Still, one person decided to have a bit of a dig by saying:

Always amazed when the wheels start coming off the wagon for @daniellekang, instead of battling back, she withdraws with some sort of injury. That’s the difference between her and the elite players on the LPGA.

To which Kang fired back:

Marina Alex won the Palos Verdes Championship and took home $225,000 for the win.