Ever fancied working at Augusta National? Well here is your chance to work at The Masters venue. No pressure, though. 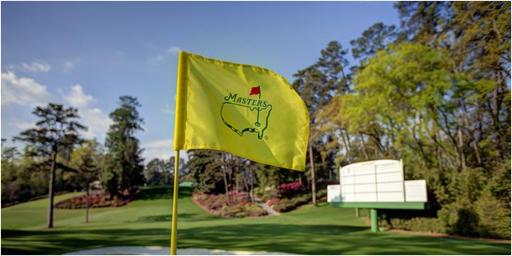 We're not even in February yet and it seems like there is already a buzz for The Masters at Augusta National.

The first advertisement teasing the event in April has already been aired. The odds are out. Players are talking about it.

It's a sensational, storied tournament and a bucket-list type of event for patrons to attend before they depart this earth.

Sadly, many of us know we will never get the opportunity to even go there and observe let alone play the pristine course.

But this job has cropped up, and it sounds absolutely remarkable. It's advertising for an landscape architect and planner.

Well, if that isn't a pressure-packed job then we don't know what is. Heaven knows what the salary is.

They want a minimum of five years' experience for the role, which has a detailed summary of what they expect.

Taking a look at some of the job specs, it does sound really cool. But on the other hand, utterly stressful.

You're going to have to deal with patrons, players and members. Day in, day out.

Good luck with that.

Jon Rahm (8-1), who won his maiden major at Torrey Pines at last year's U.S. Open, is currently the favourite at Augusta National this April.

Collin Morikawa (12-1) is the bookies' favourite after the fiery Spaniard, followed by Jordan Spieth (10-1).

Dustin Johnson, Rory McIlroy and Justin Thomas are all 14-1 to claim the green jacket.

Bryson DeChambeau can currently be found at 18-1, while Brooks Koepka and Xander Schauffele are 20-1.

Woosy calls it a day

Thought long and hard about playing the Masters again this year and in the future, but it’s time for me to watch the young guys play.

So I’m going to sit back and enjoy the memories that Augusta has given me over the years, thank you for everything Augusta pic.twitter.com/A8Mawy2TsO

Elsewhere in Masters news, Ian Woosnam finally decided he will no longer play at Augusta National.

Should they name the bench on the 13th hole after him?

Woosie loves the bench next to the 13th tee pic.twitter.com/sIKU7pOXqw