The golf betting odds on Tiger Woods to win The Masters are varied across the board - will you be backing him if he plays at Augusta National? 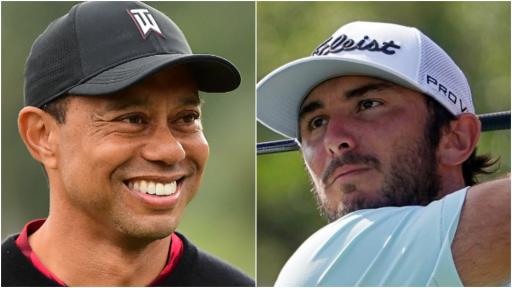 Tiger Woods may or may not be teeing it up at The Masters next month but bookmakers have added the 15-time major champion's name to the list of golf betting odds ahead of the season's first major at Augusta National.

Woods, who clinched a memorable fifth Masters title in 2019, is currently on the sidelines still recovering from serious leg injuries sustained in his horror car crash little more than 12 months ago.

The former World No.1 returned to play competitive golf with his son Charlie Woods at the PNC Championship in December 2021, and he performed and looked better than many expected as Team Woods went on to finish in second place.

Related: Charlie Woods odds SLASHED heavily on winning a first PGA Tour event and a Major before the age of 30!

Fast forward two months and Woods was seen smiling, walking and even climbing steps with ease during his tournament hosting duties at the Genesis Invitational on the PGA Tour two weeks ago.

The 82-time PGA Tour winner hinted he may play in the Par-3 Contest at The Masters, but he did not give much away as to whether or not he would play in the main event.

All we know is that Woods is doing everything he can to play in The Masters in little more than four weeks time.

So what price is Tiger Woods for The Masters?

Well the outright prices on Woods doing the unthinkable and winning the 2022 Masters are out, and it's fair to say they vary significantly across the board.

Some bookies are clearly more worried than others, but remember, if you place a bet on Woods to win The Masters and he does not start the tournament then you will get your money back.

You just won't get your money back on him should he withdraw from the tournament once he has started his first round.

Of the major UK bookmakers, Ladbrokes and Coral are going 33/1 on Woods winning The Masters, and that looks far too skinny in our eyes even though we all know just how much Woods loves this hallowed Georgia turf.

Maybe Ladbrokes and Coral know something we don't know?!

You can get closer to 100/1 on Woods over on Betting Exchanges such as Betfair, and you can get a huge 150/1 (+15000) available at Circa Sports based in Las Vegas. Now that looks a bit more reasonable.

PGA Tour star Max Homa cannot quite believe those particular odds, albeit he is a little surprised by his own position in the market!

Tiger still with better odds to win The Masters than me https://t.co/7o7wExF9DC pic.twitter.com/3obB7K5T5F

Homa is priced up at over 100/1 with just about every major bookmaker in the world.

Stay tuned for GolfMagic's best bets for The Masters ahead of the tournament in early April.

Have you got an early pick for The Masters this year? We would love to know who you think will win golf's first major of 2022 so come and share your thoughts and comments over on the GolfMagic social media channels, or head over to the GolfMagic YouTube Channel.