Bryson DeChambeau put up one of his most disappointing displays at a major championship in his career at The Masters, so what is next for him? 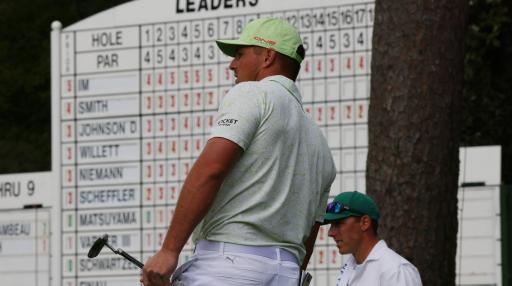 Bryson DeChambeau was not one of the favourites heading into this week at The Masters, but no one could've foreseen the poor performance he put together.

DeChambeau, despite his power and winning pedigree on the PGA Tour, made two double-bogeys and five bogeys on his way to an 80. Yes, 80.

He shot 8-over-par and he finished on 12-over-par for the week. It is worth respectfully pointing out that the 63-year-old Larry Mize, who won at Augusta National in 1987, finished one shot better off over 36 holes.

He only hit seven out of 14 fairways and he managed to find seven out of 18 greens in regulation. This is not the normal Bryson that won the US Open and reached No.4 in the world rankings.

Related: Tiger Woods says there will be problems if he "plays golf ballistically"

The 28-year-old is yet to pass comment or speak to the media after missing the cut on Friday. His divided relationship with reporters is not changing any time soon.

A wrist injury forced DeChambeau away from the PGA Tour for nearly two months. He missed the cut at the Farmers Insurance Open and his next appearance came when he was eliminated from the group stages of the WGC Match Play last month.

He has now effectively missed four cuts in a row as he didn't see the weekend at the Valero Texas Open either. This is the first time that DeChambeau has missed consecutive cuts at stroke play events since 2019.

You feel that DeChambeau didn't want to miss The Masters. It is a special event and he may have forced his way back from injury to play, and therefore used the Valero Texas Open and the WGC Match Play as preparation.

But this has backfired and he is on a poor streak. Perhaps more time away from the PGA Tour is needed but it is certainly a time of concern for DeChambeau.

Next Page: This Tiger Woods golf jumper is absolutely amazing!