Why this family continues to turn down millions of dollars for their home built next to Augusta National, the home of The Masters. 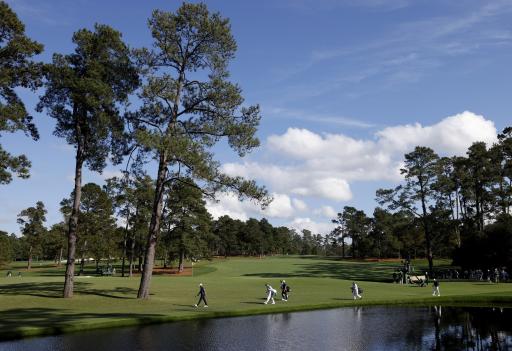 A family who own a home that borders Augusta National have recieved multiple offers in the millions to purchase the property that is worth around $260,000, but they reject the offers time after time.

Augusta National has spent around $40 million buying homes over a stretch of land right outside the home of The Masters, which is now used as a free car park for spectators every time the event takes place.

MASTERS NEWS: Golf fans debate how much they would pay to play Augusta National

Residents were offered prices they they simply couldn't refuse, but one family refuses to budge and remains the only home left in the area.

The Thacker family built their three-bedroom home in 1959 and raised their two children, five grandchildren, and five great-grandchildren in the property, that according to a real-estate database, is worth $261,000.

Herman and Elizabeth Thacker did sell another property just down the road from their family home and received $1.2 million from Augusta National, but selling the house in which their family was raised is not an option any time soon.

Every year, representatives of Augusta National politely try again with an improved offer.

"He'll come by here every so often, and he'll say, 'Just want to let you know we're still interested in your property,'" Herman said. "And we'll tell him the same thing again."

Living so close to the most famous golf course in the world inspired one of the family members to get into the sport from a young age, with Herman and Elizabeth's grandson, Scott Brown, becoming a professional golfer who now plays on the PGA Tour.

NEXT PAGE: How much money Dustin Johnson and every other player won at The Masters