Prosecutors in Argentina have confirmed Angel Cabrera, the 2009 Masters champion, will be facing a second trial for alleged domestic violence offences. 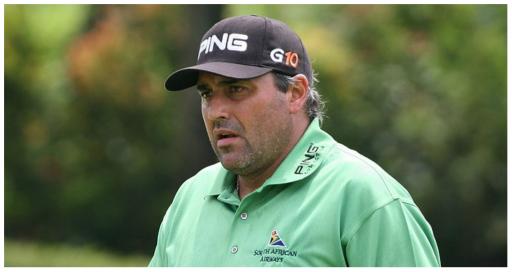 Two-time major champion Angel Cabrera is heading back into court for a second trial in a case of alleged "gender violence" according to prosecutors in his homeland of Argentina.

Cabrera, who won the 2007 US Open and 2009 Masters, is currently serving a two-year sentence in Argentina after being convicted of threatening, assaulting and harassing former partner Cecilia Torres Mana last July.

In a report published by Bunkered, it is understood Cabrera, 52, "will stand trial for a second time for further alleged offences against the same woman as well as another of his former partners, Micaela Teresa Escudero."

Escudero suffered "coercion", "coercion and threat" and "minor injuries" by Cabrera, according to Torres Mana.

He is also said to have allegedly breached a restraining order.

The next trial is scheduled to take place on December 1 and it will last for five days.

Cabrera's fall from grace came to a dramatic end in July 2021.

The former World No. 9 was placed on Interpol's "Red" list. He was arrested in Brazil and extradited back to his homeland.

He is currently being held at Carcel de Bouwer.

The prison is nicknamed "El Penal del Infierno" which translates to "The Prison of Hell". It houses some of the most dangerous criminals in Argentina.

Cabrera's legal team previously filed for an early release, but it was rejected.

After his conviction, victim Torres Mana told the Orato website: "During our relationship, [Cabrera] physically, psychologically, and sexually abused me.

"What started as a normal relationship quickly turned into physical and psychological submission.”

"I feel peace and relief [following Cabrera's conviction] but I am still afraid. I cannot be completely free or calm, knowing what kind of person he is and the threats he made.

"I believe my family and I are still at risk."

Next page: Cabrera's former coach offers thoughts on his conviction