Former coach of Angel Cabrera: "I hope he doesn't come out with VENGEANCE"

Charlie Epps has been talking about the fall from grace for the former Masters and U.S. Open champion. 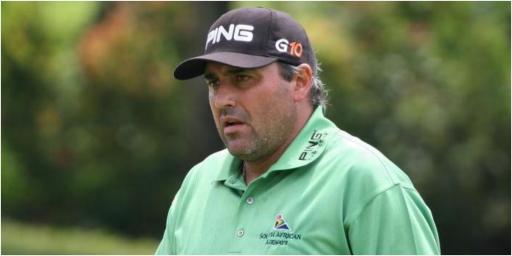 Former Masters champion Angel Cabrera should have been heading towards a hall-of-fame career and playing out his professional days on the PGA Tour Champions but instead he found the inside of a prison cell.

In July, the 52-year-old former U.S. Open champion and Masters winner was jailed for two years for assaulting a former girlfriend.

Cabrera denied any wrongdoing, but his sentence which he is currently serving marks a remarkable fall from grace for someone so talented.

This week, Golfweek spoke exclusively to his former coach Charlie Epps, 76, who spoke a number of topics related to Cabrera.

"This kid was poorer from poor," Epps told the publication of the Argentine golfer who won the U.S Open in 2007. "He came from nothing."

Asked how he could explain what happened to him, Epps told them: "He was born without a mother, born without a father who loved him, raised in the streets of a very poor town and left school at age eight.

"He never had any discipline, and he learned a lot of bad habits. He was a hustler, a kid from the streets and he started drinking way too soon. One of his enemies is the alcohol. He wouldn't listen to anybody."

It's fair to say he enjoyed that one! pic.twitter.com/Y8W0qtaA2Y

Epps told them the last time he spoke to Cabrera was last December just before he left the United States to go to Brazil.

"He had to leave in December to get his Visa renewed. He chose to go to Brazil because there's no extradition," Epps told Golfweek.

"He thought he would be in the clear, but Interpol didn't see it that way. As soon as he landed in Brazil, two days later they put him in prison.

He added: "He sends me messages some. But he's embarrassed. This has been a horrible experience. But hopefully it will teach him.

"I hope he doesn't come out with vengeance. Bottom line: he lacked good judgment from his tough upbringing, but he's a strong-minded kid and that's why he was able to do what he did in golf."

MORE: THOMAS PIETERS IS A WORLD NUMBER ONE IN WAITING