Louis Oosthuizen appears to have the measure of the greens at Augusta National as he rolled in an absolute bomb during the par-3 contest at The Masters. 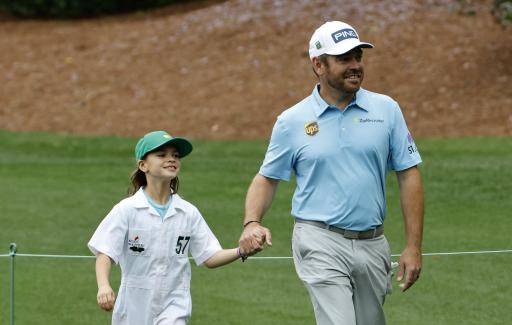 Many players on the PGA Tour use the par-3 contest at The Masters to kick back and relax, but Louis Oosthuizen wanted to test himself on the treacherous greens at Augusta National.

On one of the greens which was particularly undulating on the short course, the popular South African just tickled his ball and off it went.

As you can see by the footage below, Oosthuizen almost aims sideways from the cup to allow for the huge slope which took his ball down to the hole.

The ball accelerated as it descended down the hill and his playing partner and compatriot Charl Schwartzel pointed at the hole. He knew it was going in.

Related: What's in the bag of Jon Rahm for The Masters at Augusta National?

Oosthuizen, the Open champion of 2010, is simply an expert with his short stick. In the 2021 PGA Tour season, he was ranked first in total strokes gained in putting.

However, the 39-year-old has never done what his par-3 contest playing partner Schwartzel achieved in 2011 and that is win The Masters.

Oosthuizen has become well-known for falling at the final hurdle in major championships and his most agonising defeat came in 2012 at Augusta National.

He probably thought he was in position A when Bubba Watson found the trees on the 10th hole in the playoff. But Watson hit a huge banana hook out of the branches and he went on to win the championship.

All eyes will be on Oosthuizen for more reasons than one this week. He will tee it up in the first round on Thursday with Joaquin Niemann and none other than Tiger Woods.

Next Page: Fred Ridley on Dude Perfect: "My first reaction was who are these guys?