What's in the bag of Jon Rahm for The Masters at Augusta National?

Jon Rahm has finished in the top 10 three times at The Masters as he looks for his second major title at Augusta National this week. 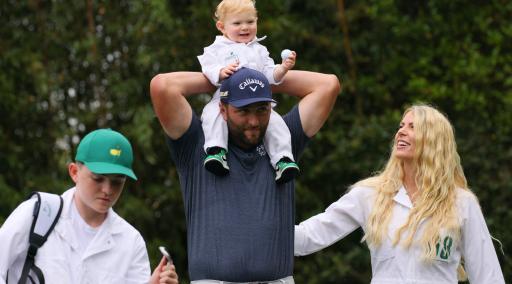 On Wednesday, Jon Rahm enjoyed a fun afternoon at the par-3 contest with his wife Kelley and their son Kepa at Augusta National.

The par-3 contest is very much the calm before the storm with The Masters underway today. Rahm is the betting favourite and this is no surprise with his impressive record at Magnolia Lane.

He has finished in the top 10 three times in his last three appearances at the first major of the year. It could only be a matter of time until we see the Spaniard don a Green Jacket.

Rahm lost his spot at World No.1 at the WGC Match Play when Scottie Scheffler beat Kevin Kisner in the final at Austin Country Club.

Despite being removed from his perch in 2022, Rahm has made four top-10's in nine starts this season. He is still extremely consistent and his statistics show this too.

Related: Fred Ridley on Dude Perfect: "My first reaction was who are these guys?"

His short stick has held him back recently but Rahm has previously come close at The Masters and it is an event where he produces his best golf.

Jon Rahm: What's in the bag?

Next Page: The Masters Par-3 contest: Highlights and pictures from Augusta National