The Masters to be DELAYED on first day due to thunderstorms

The first round of The Masters at Augusta National will be delayed by at least 30 minutes as a result of thunderstorms in the area. 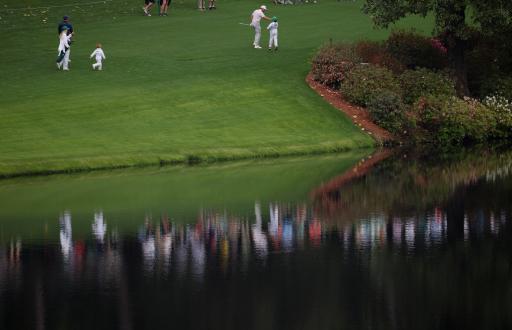 The first round of The Masters has been delayed by at least 30 minutes due to thunderstorms in the early hours of Thursday morning.

The gates for spectators will also be opened at least 30 minutes later than expected and the honorary starters will now tee off at 8.15 am in Georgia.

Tom Watson is set to join Jack Nicklaus and Gary Player as an honorary starter for the first time. Between them, they have won 11 Green Jackets.

The first tee time is now set to be at 8.30 am. Two-time Masters champion Jose Maria Olazabal and Valero Texas Open champion J. J. Spaun will get the field underway.

Due to overnight storms gate openings and first round play of @TheMasters will be delayed 30 minutes. The Honorary Starters will now begin at 8:15 a.m. pic.twitter.com/DUmCQb5FnS

Inclement weather caused havoc with The Masters Par-3 Contest on Wednesday and the fun family event was called to an early halt.

There have been many reports of thunder and lightning in the Augusta National area this morning and the delay was officially confirmed by the venue.

This will mean that Tiger Woods, who has sensationally decided to play at The Masters this year, is likely to tee off just after 11 am local time and 4 pm in the UK.

Defending champion Hideki Matsuyama will tee off in the group behind Woods alongside Justin Thomas and amateur competitor James Piot.

Matsuyama is looking to become the first player to successfully defend his Green Jacket since Woods won the event for the third time in 2002.

Next Page: The Masters Par-3 Contest: Highlights and pictures from Augusta National